3 JeM militants sent to JIC in Jammu for interrogation

"Three JeM terrorists have been sent to JIC in Jammu today (Monday) for intense interrogations to know their plans," an officer told PTI.

Besides, we want to know from where did they infiltrate along the border, they said. On Saturday, the police conducted raids at several places in south Kashmir's Pulwama district and apprehended two over ground workers of JeM on the basis of leads provided by three arrested terrorists. Suhil Ahmed Latoo of Gulshanabad and Bashir Amhed Lone of Rajpura in Pulwama were arrested by the police.

Latoo was the owner of a truck ferrying terrorists and rifles to Kashmir from Punjab in Kathua district on last Thursday, they said. 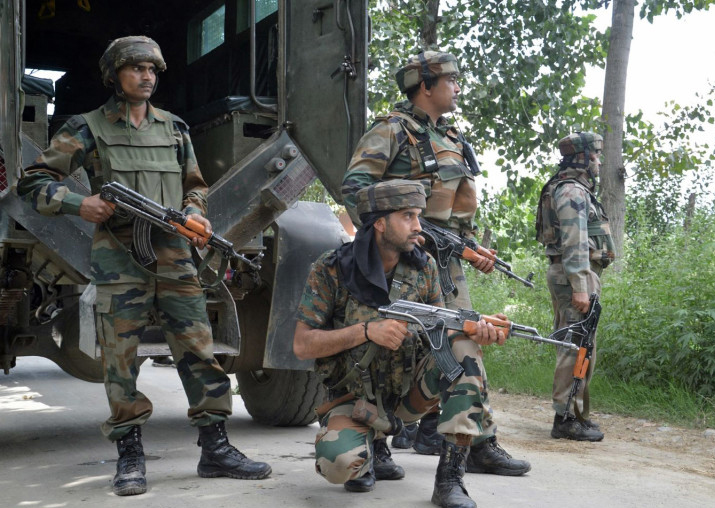 Three terrorists, who were travelling on the truck, were arrested and arms and ammunition, including four AK-56 rifles, two AK-47 rifles, six magazines and 180 rounds of ammunition, besides Rs 11,000 in cash, was seized, officials had said. The police had intercepted the truck acting on specific inputs at Lakhanpur in Kathua, when it was on its way from Punjab to the Kashmir Valley.

All the terrorists belonged to the Valley, they had said, adding that the truck was being driven by Javaid Ahmed Dar. The three terrorists were identified as Ubaid-ul-Islam, Sabeel Ahmad Baba, residents of Aghlar Kandi in Pulwama's Rajpora and Jehangir Ahmad Parray, a resident of Pakherpora Charar-e-Sharief in Budgam.

They were illegally transporting arms and ammunition from Punjab to Kashmir to "disrupt peace in the Valley", the officials had said. "Bashir was to receive the consignment of weapons," the officer said.(PTI)