44 oxygen plants to be set up in Delhi within a month: CM Kejriwal

Amid rising demand for medical oxygen due to an increase in the number of COVID-19 cases, the Delhi Government on Tuesday announced that it will set up 44 oxygen plants in the national capital within one month.

New Delhi: Amid rising demand for medical oxygen due to an increase in the number of COVID-19 cases, the Delhi Government on Tuesday announced that it will set up 44 oxygen plants in the national capital within one month.

He said that the Delhi government is importing 21 ready-to-use oxygen plants from France and 18 oxygen tankers from Bangkok.

"We are importing 21 ready-to-use oxygen plants from France. They can be brought to use immediately. These will be installed at different hospitals and this will help us in resolving oxygen crisis in those hospitals," said Kejriwal.

"The Delhi government has decided to import 18 oxygen tankers from Bangkok, they'll start arriving from tomorrow.  We've requested Centre to allow use of Air Force planes for this. Talks are on, I'm very hopeful that talks will be successful. This will resolve the issue of transport," said the Delhi Chief Minister. 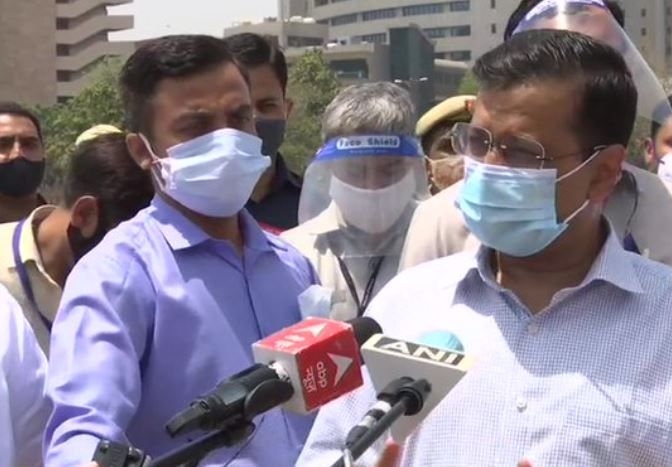 "I had written to many industrialists of the country in last four to five days. I had also written to chief ministers and sought help. We are receiving tremendous support, we have received offers from many people. Many of them are helping. I thank everyone who is helping Delhi Govt," he added.

Kejriwal had earlier today visited the Ramlila Ground to inspect the construction work of an additional COVID Care Centre. He was accompanied by Health Minister Satyendar Jain.

"Almost all ICU beds in Delhi are occupied right now. 500 ICU beds each are coming up at the ground near GTB hospital and the main Ramlila Ground, 200 ICU beds at Radha Soami complex. So, around 1200 proper ICU beds will be ready by 10th May," Kejriwal had said while speaking to reporters aftre his visit to the Ramlila ground.

Delhi is among the ten states that reported 71.68 per cent of the new cases in the country, said the Union Health Ministry on Tuesday. Delhi reported 20,201 new COVID-19 cases in the last 24 hours. 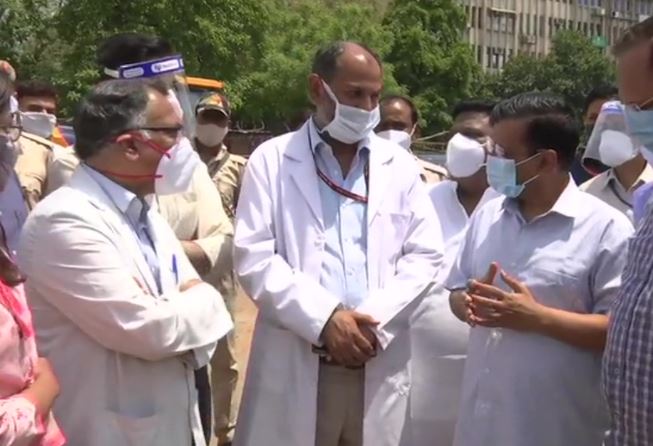 As many as 380 deaths were reported in the last 24 hours in the national capital, according to the ministry. (ANI)

COVID-19 in Delhi: 82 per cent people who lost their lives to COVID-19 were above 50 years-Arvind Kejriwal

CM on Fighting Corona: Delhi hospitals will only be available to people from national capital, says Arvind Kejriwal

No scarcity of hospital beds in Delhi, there is shortage of ICU beds: Arvind Kejriwal

Arvind Kejriwal: With Delhi's recovery rate at 72 pc, no need to panic as COVID-19 numbers reach one lakh