Air pollution in the national capital worsened on Monday as the air quality remained very poor according to the Central Pollution Control Board (CPCB) data.

New Delhi: Air pollution in the national capital worsened on Monday as the air quality remained very poor according to the Central Pollution Control Board (CPCB) data.

Air Quality Index was at 307 in ITO, in 'very poor' category and at 405 in Anand Vihar, in the 'severe' category as per CPCB data.

Areas around India Gate, Akshardham and ITO were full of smog and caused breathing problems to regular morning walkers and cyclists in the city.

"We're regular cyclists in Delhi and from last one week, we're feeling tightness in our lungs and breathing issues erupt as soon as we step out of our homes early morning," Mukul Dewan, a cyclist, told ANI. 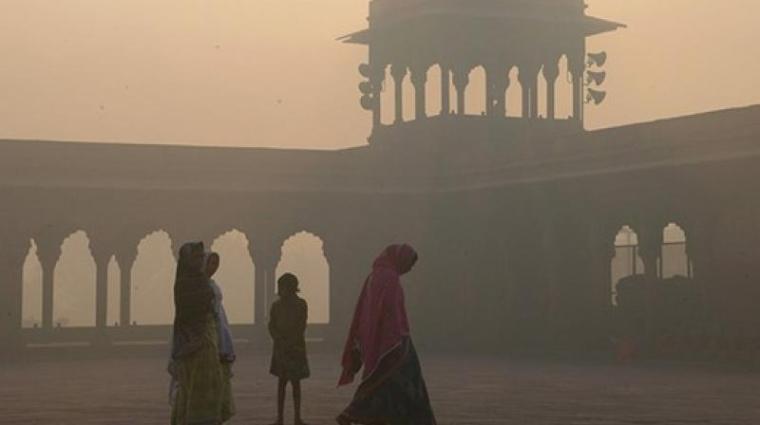 "Pollution is increasing every day and Delhiites are actually facing a severe problem. Usually, we come out to cycle in a group of 10-15 people but today we're just two friends because most people are uncomfortable stepping out early morning due to smog," Kabir, another cyclist, told ANI.

Gopal Rai had also announced the launch of a huge campaign starting on Monday to include the citizens of the capital in raising awareness on air pollution.

"From October 26, we are starting a huge campaign in 70 constituencies of Delhi where awareness drives will be launched to raise awareness regarding air pollution and its solutions for the citizens of Delhi. We will put all our efforts to control internal pollution. I request everyone to collectively participate in our campaign to reduce air pollution and make the environment safe for everyone," the minister said. (ANI)