With the BJP suffering losses in three key states, its vote share has taken a sharp dip in Chattisgarh, Rajasthan and Madhya Pradesh since the last assembly elections in 2013, but all these votes do not seem to have gone to the Congress alone as other players have also reaped the gains.

New Delhi: With the BJP suffering losses in three key states, its vote share has taken a sharp dip in Chattisgarh, Rajasthan and Madhya Pradesh since the last assembly elections in 2013, but all these votes do not seem to have gone to the Congress alone as other players have also reaped the gains.

The vote share loss is even bigger for the saffron party since the 2014 Lok Sabha elections, in which it had virtually swept all the three states by winning 62 out of 65 seats, as per the Election Commission data. 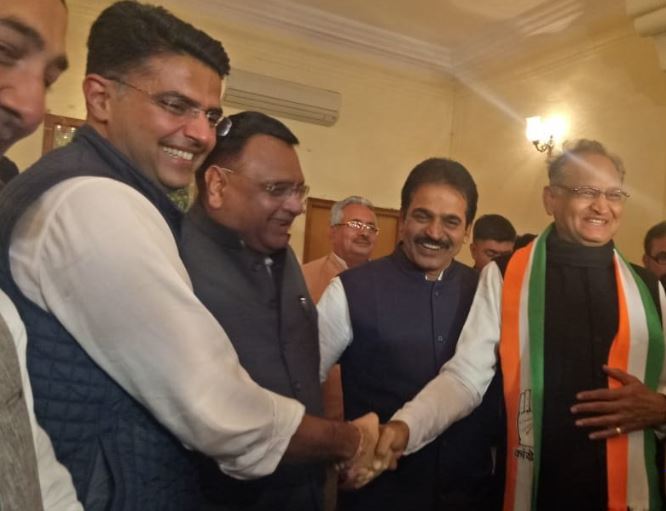 In Telanagana and Mizoram, it is the regional parties who have come out with flying colours, a post-2014 trend clearly visible in many states with sizeable presence of non-BJP and non-Congress parties.

Political pundits said this trend indicates that the regional satraps might play key roles in 2019 general elections for which attempts are already underway by non-BJP parties to put a united front against Prime Minister Narendra Modi's bid for a second term.

The voting share analysis shows that some smaller parties and independents have managed to get more votes. While BSP had got 4.3 per cent in 2013, its alliance with former chief minister Ajit Jogi's party has now got about 10.7 per cent votes.

On the other hand, the Congress has improved its vote share from 33.1 per cent in 2013 to 39.2 per cent in 2018. It had managed to get nearly 30 per cent votes despite losing on all seats in last parliamentary elections.

The vote share situation is the most interesting in Madhya Pradesh, which saw the closest fight between the Congress and the BJP. The Congress' share has improved from 36.4 per cent in 2013 to 41.4 per cent in 2018 assembly polls, while that of the BJP has come down from 44.9 per cent to 41.3 per cent, as per the latest update. 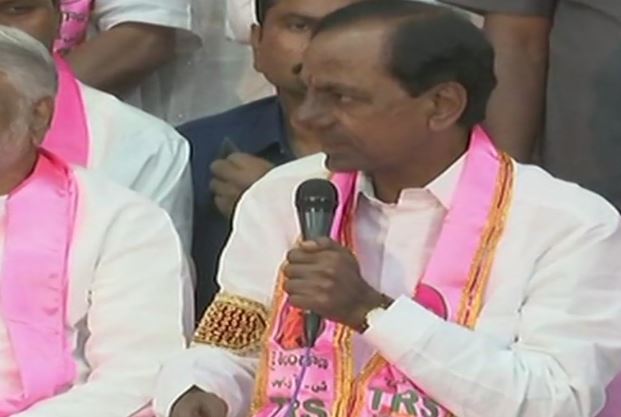 In Telangana, the TRS is returning to power with a bigger mandate and a rise in its vote share from nearly 34 per cent last time to about 47 per cent. The Congress has also improved from 25.2 per cent to 28.7 per cent, though its newly-found ally TDP, which was earlier with BJP, has taken a beating.

Mizoram is the only state where the Congress has lost its vote share and the BJP has gained. However, the winner there is a third player, the Mizo National Front, which has returned to power with a clear majority by ousting the only Congress government left in the North-East.

The Congress vote share has come down from nearly 45 per cent in 2013 to just about 30 per cent, while that of BJP has risen five-fold from 0.4 per cent to 8 per cent. The MNF has improved from 28.8 per cent to 37.6 per cent, while its seat tally has risen from five to 26. The Congress seats have come down from 34 to five, while the BJP has won its maiden assembly seat in the state.

While the vote share data for 2018 polls was still being updated by the poll panel, the final figures are expected to remain around these levels. (PTI)