Fans tend to go a little crazy sometimes. Kartik Aaryan's latest Q&A session on Twitter is proof of the fact.

Mumbai: Fans tend to go a little crazy sometimes. Kartik Aaryan's latest Q&A session on Twitter is proof of the fact. On Monday night, Kartik conducted an "ask me anything" session, wherein several netizens asked him a few questions and even expressed their love for him. 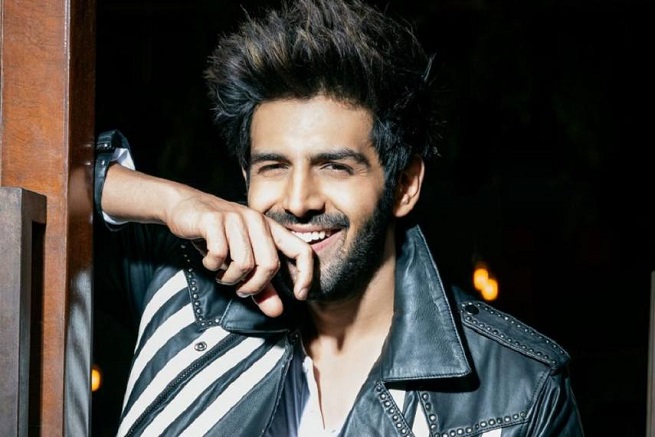 However, there was a particular user who posted a strange tweet. The user jokingly threatened to cut her wrist if Kartik does not reply to her.
"Reply do Warna main nas cut lungi apni #AskKartik," the post read. Kartik was quick to reply to the social media user.

"Kabhi aise sochna bhi mat (Never think about it)," he responded with a red heart emoji. 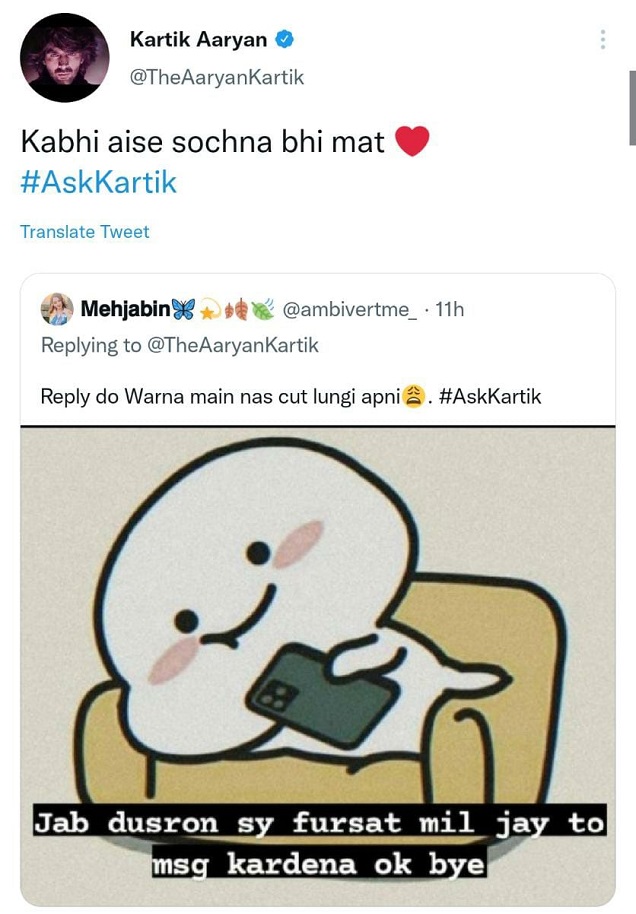 Kartik's reply has won many hearts.
A fan commented, "You are so sweet."

Praising Kartik for his wise advice, another fan wrote, "Haye woh toh mazak kar rhi thi." Meanwhile, on the work front, Kartik is currently shooting for 'Bhool Bhulaiyaa 2'. He will also be seen in 'Freddy', and 'Captain India'. (ANI)