Both teams will head into their penultimate group game of the eight-team marquee event knowing that a defeat will knock them out of the competition.

London: Two-time winners Australia will aim to give a better account of both their batting and bowling when they take on Bangladesh in the must-win second Champions Trophy encounter to be played at the Kennington Oval here on Monday.

Both teams will head into their penultimate group game of the eight-team marquee event knowing that a defeat will knock them out of the competition.

Neither of the two teams started strongly in the tournament.

While Bangladesh slumped to an eight-wicket defeat against hosts England in the tournament opener, Australia's first match against New Zealand was largely affected by rain before it was eventually abandoned, and both the Trans-Tasman rivals earned a point each.

Bangladesh, on the other hand, need four points from their remaining two games. 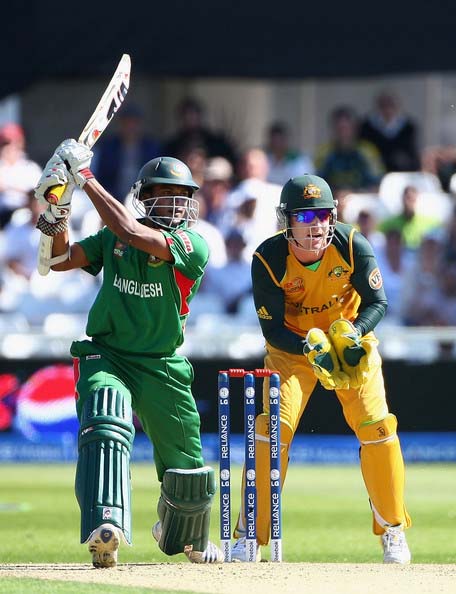 Here are some facts about the two sides:

· Australia have won 18 of their previous 19 ODIs against Bangladesh, a five-wicket defeat in Cardiff in 2005 the only blemish in this run.

· The only previous Champions Trophy encounter between these sides came in Colombo in 2002, Australia winning that one by nine wickets having bowled out Bangladesh for 129.

· Australia won six consecutive ODIs at The Oval between 1999 and 2010 but have subsequently lost their most recent two games there.

· Bangladesh have played at the Kennington venue just twice, losing both of those fixtures against England.

· Australia have claimed victories in seven of their last 10 outings (L3); two of those defeats coming in their last two matches however.

· David Warner (currently 92 innings) is 36 runs away from reaching 4,000 in ODI cricket; only two men will have ever got their quicker, provided he picks up those runs in this match (Amla & Richards, Kohli reached it in 93).

· Mashrafe Mortaza and Shakib Al Hasan are both set to equal Mohammad Ashraful's Bangladesh record of 175 ODI appearances in this match.

The two squads are as follows:

Glenn Maxwell cleared of serious injury after blow on neck