Both China and the United States have hailed trade talks, which were held between the two sides in Washington on January 30 and 31, with Beijing noting that "important progress" was made in "frank discussions".

Washington DC: Both China and the United States have hailed trade talks, which were held between the two sides in Washington on January 30 and 31, with Beijing noting that "important progress" was made in "frank discussions".

"Frank, concrete and constructive discussions have made important progress. The two sides have clarified the timetable and road map for the next consultation," the Chinese delegation, led by Vice-Premier Liu He, told Xinhua News Agency.

The United States echoed similar sentiments, with US President Donald Trump indicating that he may meet with Chinese Premier Xi Jinping in February when he is in Asia for the second US-North summit - the exact location for which has not been specified yet.

Furthermore, the United States Trade Representative, Robert Lighthizer, will be visiting Beijing in "early February", along with Treasury Secretary Steven Mnuchin, to continue negotiations with Liu.

"I know that I’ll be meeting with President Xi, maybe once and maybe twice," Trump announced in the meeting that was held with the Chinese delegation at the Oval Office on Thursday (local time). Liu also handed over a letter, sent by Xi to Trump, when he met with the US President at The White House.

Describing the letter as "beautiful", Trump read out the contents to the gathered delegates, including Secretary of State Michael Pompeo, according to a statement released by The White House.

"As I often say, I feel we have known each other for a long time, ever since we first met," Xi wrote in the letter, adding, "I cherish the good working relations and personal friendship with you. I enjoy our meetings and phone calls, in which we could talk about anything." 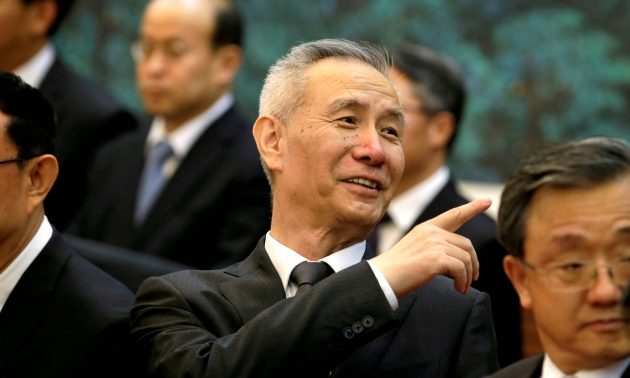 Trump had, on January 31, tweeted that "No final deal will be made until my friend President Xi, and I, meet in the near future to discuss and agree on some of the long-standing and more difficult points," indicating that a deal would have to be made by March 1, when the US is slated to increase tariffs on Chinese imports to 25 per cent.

However, the US President made clear that a deal would be "unacceptable" without a meeting with his Chinese counterpart.

The meetings are a part of the agreement of a 'temporary truce' reached by Trump and his Chinese counterpart Xi Jinping during their dinner on December 1 on the sidelines of the G20 summit in Argentina.

Part of their agreement was to engage in 90 days of negotiations with a view to achieving the needed structural changes in China that affect trade between the United States and China. (ANI)

China 'badly' wants to make deal with US, says Trump

US, China to hold talks on trade dispute next week

Trump asks China to 'stop playing around', 'do a Real Deal'