Both South Africa and Afghanistan will search for their first win in the ongoing ICC Men's Cricket World Cup in the clash between them on Saturday at Cardiff Wales Stadium.


New Delhi: Both South Africa and Afghanistan will search for their first win in the ongoing ICC Men's Cricket World Cup in the clash between them on Saturday at Cardiff Wales Stadium.

The encounter between the two bottom-ranked teams of the standing will surely help one team in gaining two points. Currently, South Africa and Afghanistan are at ninth and tenth spot in the tournament standings. 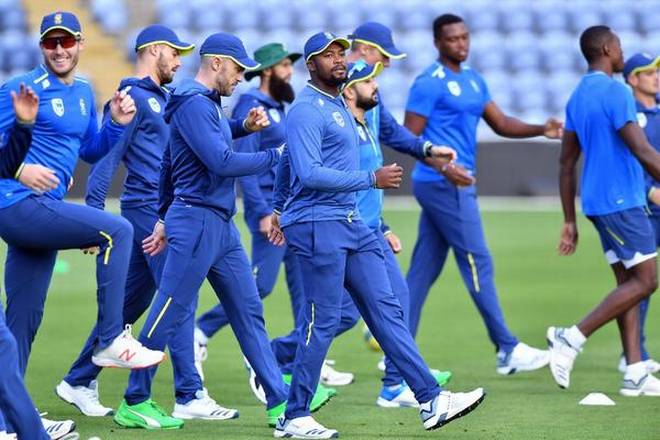 Kagiso Rabada
The right-arm fast bowler possesses the skills of bowling both in-swingers and out-swingers. The 24-year old is also known for his toe-breaking yorkers in the death overs. In South Africa's World Cup match against India, Rabada returned with the figures of 2/39 and has four wickets under his name. Rabada finished at the second position in the highest wicket-takers' list in the recently concluded Indian Premier League (IPL).

Quinton de Kock
South Africa's wicket-keeper batsman de Kock strengthens the top-order and provides speedy start to the innings. The left-hander has the ability to adapt according to the situation. In South Africa's first World Cup match, de Kock scored a well-compiled 74-ball 68 runs, including six boundaries and two sixes in an attempt to single-handedly save the sinking Proteas.

Rashid Khan
Rashid Khan leads Afghanistan's spin bowling attack as the 20-year old youngster is capable of delivering a stellar performance in the game. Rashid took 17 wickets in the IPL 2019. In the World Cup match against Sri Lanka, Rashid returned with figures of 2-17. During their first World Cup warm-up game against Pakistan, he took two wickets and conceded just 27 runs in his nine overs.

Mohammad Nabi
Mohammad Nabi strengthens Afghanistan's bowling attack as the 34-year old provides experience to the squad. Nabi bagged four wickets against Sri Lanka in a World Cup match and can be a (crucial player for Afghanistan against 'Proteas'. All-rounder Nabi can also add some runs with a bat when required by the team. (ANI)

Afghanistan will try to learn from mistakes, says Rashid Khan

CWC'19: Key players to watch out in Afghanistan-Bangladesh clash