And one of the most acclaimed Durga Mata temples in the capital is Shri Adhya Katyayani Shakti Peeth Mandir in Chhatarpur. Goddess Katyayani is the sixth incarnation of Durga. The temple is popularly known as Chhatarpur Mandir. 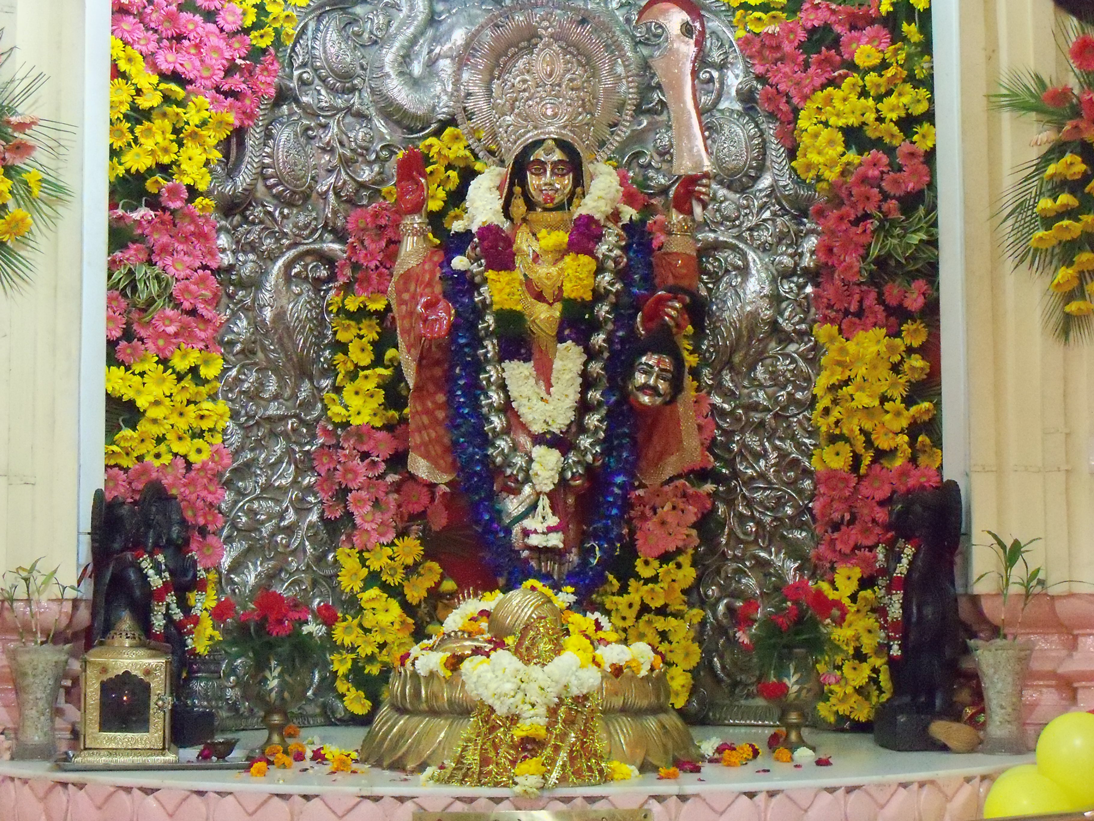 The main temple complex houses a shrine of goddess Katyayani. During the bi-annual Navratri festival, an ‘Utsav Murti’ (celebration statue) of goddess Katyayani is erected in the main hall of the complex. Thousands of devotees come to seek blessings of the goddess.

One room adjoining the hall is the living room and another regarded as the Shayan Kaksha (Bed Room) for the goddess. Both the rooms are decorated with furniture and other items in silver. 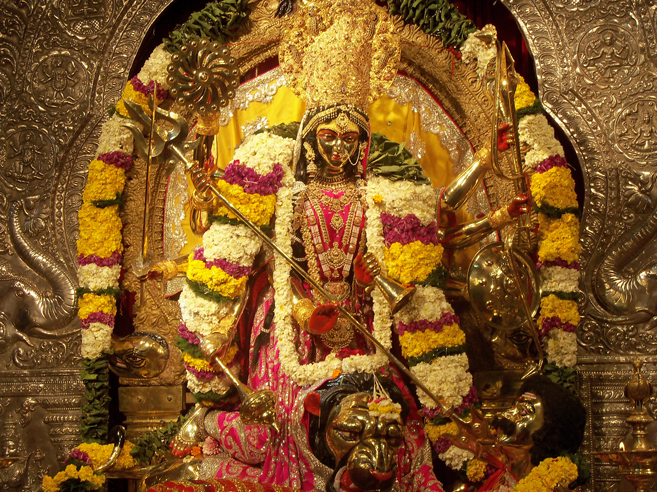 Just at the entrance to the main temple, stand an old tree, where devotees tie holy threads for wish fulfillment.

Apart from this the complex also has other temples dedicated to Lord Rama, Ganesha, Lord Shiva and Hanuman.

The temple was established in 1974 by Baba Sant Nagpal. Sant Nagpal  left for his heavenly abode in 1998. His samadhi lies in the premises of the Shiv-Gauri Nageshwar Mandir within the temple complex.