Equity benchmark indices traded lower during early hours on Wednesday tracking losses in Asian peers as oil prices surged after Iran fired retaliatory attack at US forces based in Iraq.

Besides, the GDP growth has been forecast to dip to an 11-year low of 5 per cent in the current financial year, mainly due to poor performance by the manufacturing and construction sectors.At 10:15 am, the BSE S&P Sensex dipped by 88 points to 40,781 while the Nifty 50 edged lower by 45 points at 12,008.

All sectoral indices were in the red zone except for Nifty IT which gained slightly by 0.15 per cent. Nifty PSU bank lost by 1.34 per cent each, metal by 0.9 per cent and realty by 0.6 per cent.Among stocks, Bharat Petroleum Corporation took a hit of 2.2 per cent at Rs 450.75 per share while IndianOil Corporation dropped by 1.4 per cent. 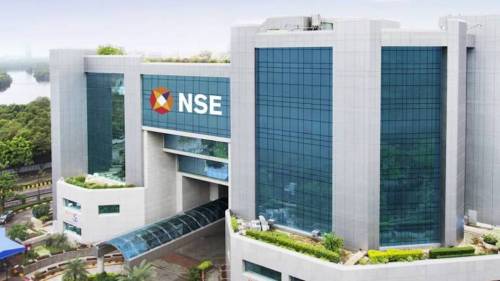 Meanwhile, Asian financial markets were roiled with stocks sliding as investors feared a wider conflict in the Middle East.

MSCI's broadest index of Asia Pacific shares outside Japan was down by 0.47 per cent and China's blue-chip CSI300 index was 0.48 per cent lower. Japan's Nikkei was down by 1.2 per cent. Iran's missile attacks on the Ain Al-Asad airbase and another at Erbil in Iraq early on Wednesday came hours after the funeral of an Iranian commander whose killing in a US drone strike has intensified tensions in the region.

US President Donald Trump said in a tweet late on Tuesday that an assessment of casualties and damage from the strikes is underway and that he will make a statement on Wednesday morning (local time). (ANI)