A fire tore through Japan’s World Heritage-listed Shuri Castle on Thursday, reducing the main hall of the more than 500-year-old landmark to a skeleton.


Tokyo: A fire tore through Japan’s World Heritage-listed Shuri Castle on Thursday, reducing the main hall of the more than 500-year-old landmark to a skeleton.

“The main hall has burned down and the castle’s dragon monuments have been blackened,” Japanese media quoted Mikiko Shiroma, mayor of Naha city where the castle is located, as saying.

“This is truly regrettable.” 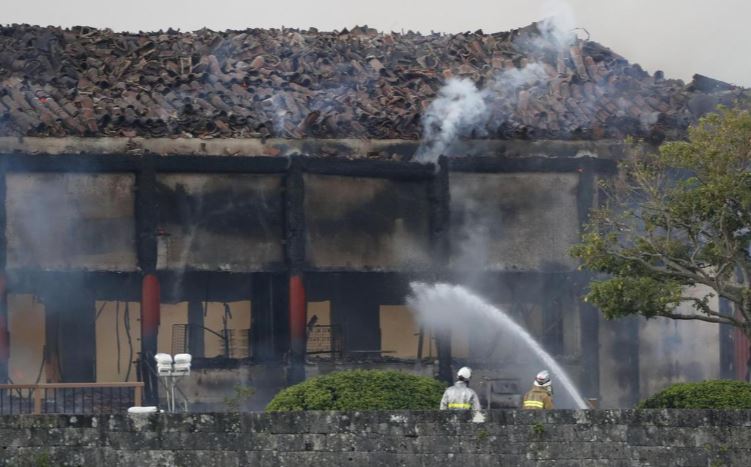 The wooden castle is painted bright red and enclosed by curved stone walls. It sits on a hill overlooking Naha. The fire engulfed the popular tourist attraction in the middle of its annual mid-autumn festival. The castle was also a scheduled stop on the 2020 Tokyo Olympic torch relay route.

The city’s fire department said that while the castle had exterior sprinkler systems, its halls were not so equipped as this was not required under local fire codes.

Shuri Castle has been destroyed by fire several times, most recently in the Battle of Okinawa in 1945. 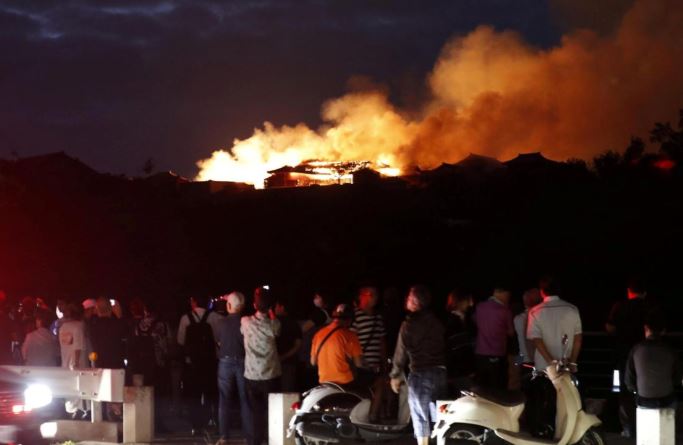 After World War 2, it served as a university campus until the mid 1970s. Following a reconstruction, it re-opened as a national park in 1992 and was designated a World Heritage site in 2000.

In addition to the main hall, the north and south halls have been destroyed, NHK said.(Reuters)

WB: 20 people injured after fire breaks out at a firecracker factory