India suffered a crushing 41-run loss to England in the first T20 of the three-match series here Sunday with Smriti Mandhana making a forgettable captaincy debut.

The loss, India's fifth in a row in the shortest format, showed the W V Raman-coached side has a lot of work to do before the T20 World Cup in Australia early next year.

India lost all their T20s in New Zealand after winning the ODI series and things are heading in a similar direction against England with two more games to go. Ahead of the second T20 Thursday, the momentum is with the visitors who also won the third and final ODI.

Mandhana, who became India's youngest T20 captain at 22, said India's bowling should have been tighter in the death overs.

"We gave away 10-15 extra runs at the end. Didn't have a great start with the bat as well. Really happy with the way Arundhati Reddy, Shikha Pandey and Deepti Sharma batted at the end. 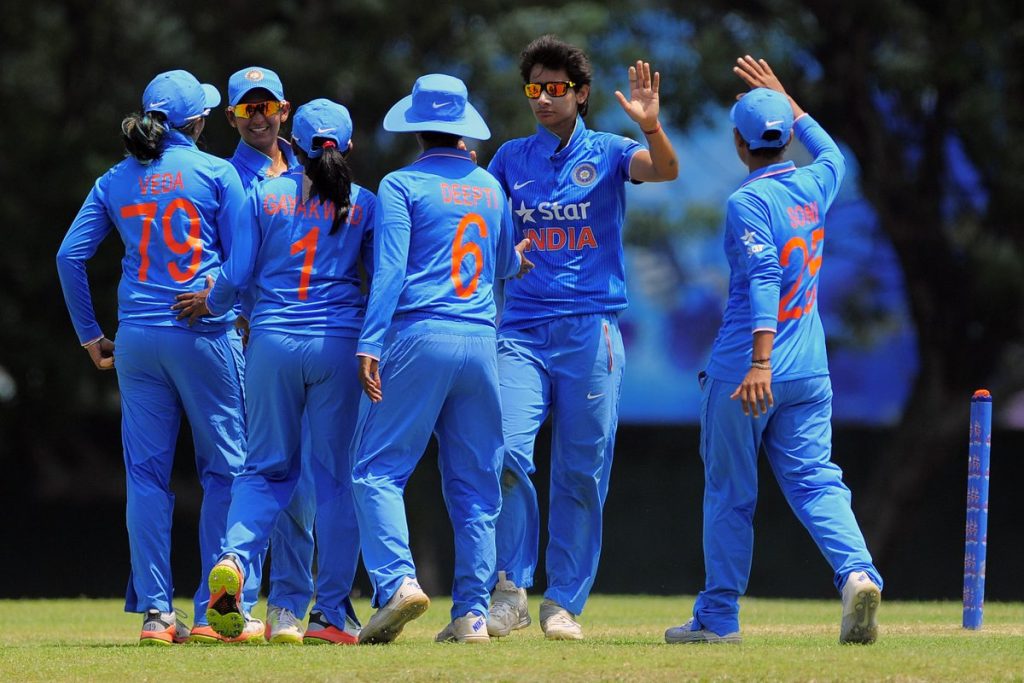 "That's a positive for us. Don't think anyone has gone back and seen the statistics. Every day we come out looking to win the match not thinking about what's happened in the past," said Mandhana at the post-match presentation.

Openers Beaumont and Danielle Wyatt (35 off 34 ) provided an ideal launch pad to England with an 89-run stand. Skipper Knight was in full flow towards the end, smashing seven fours in her 20-ball cameo.

India suffered a disastrous start, losing their top three, including the in-form Mandhana, for 23. The middle-order was under severe pressure and they wilted.

Senior player Mithali Raj (7 off 11) too could not do much in the circumstances and contributions from Veda Krishnamurthy (15), who made a comeback, Deepti Sharma (22 not out), Arundhati Reddy (18) and Shikha Pandey (23 not out) did not prove to be enough in the end.

Also Read: ICC- Most of 2019 World Cup tickets are sold out

England captain Knight was all praise for her teammates.

"Felt like we had a break in the last ODI where the girls showed great character to win the game. The ball was coming on nicely here. Tammy was going well at the other end. I was seeing the ball quite nicely. Delighted to contribute to the team win but the most important thing is the team performance," she said. (PTI)

Windies bundled out for 45, lose T20 series against England