Food, laughter and lots of dancing - these were the main elements of superstar Salman Khan's midnight birthday bash.

Food, laughter and lots of dancing - these were the main elements of superstar Salman Khan's midnight birthday bash.

The 'Sultan' of Bollywood, who turned 53 on Thursday, ringed in the special day with his friends and family at his Panvel farmhouse.

It was attended by the who's who of Bollywood, including Katrina Kaif, Anil Kapoor, Jacqueline Fernandez, Sonakshi Sinha and Mouni Roy, among others. From his family, brothers Arbaaz Khan and Sohail Khan, sister Arpita Khan Sharma and brother-in-law Aayush Sharma, and others were in attendance. 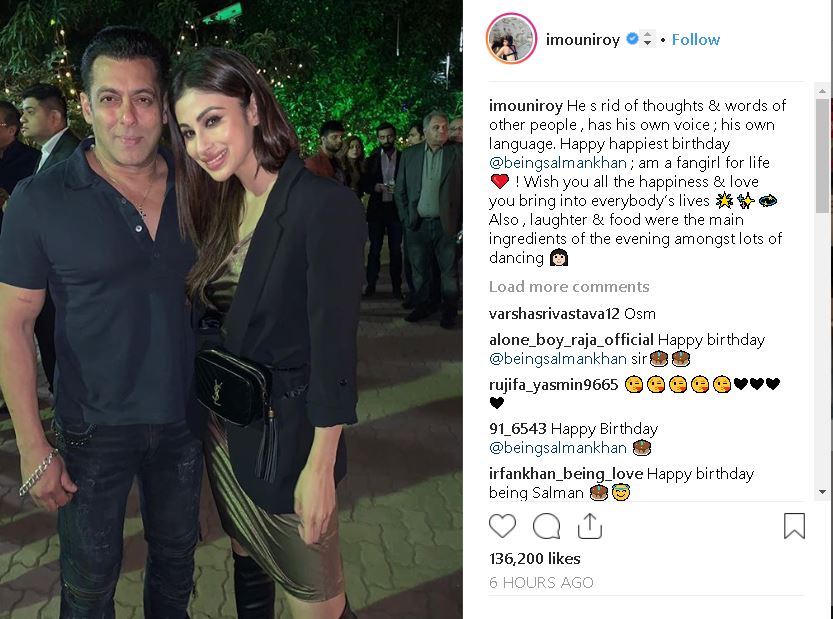 The 'Gold' actor gave a sneak peak of the star-studded party as she took to social media to wish the actor. Alongside a picture with Salman from the bash, Mouni wrote, "He's rid of thoughts & words of other people , has his own voice ; his own language. Happy happiest birthday @beingsalmankhan ; am a fangirl for life ! Wish you all the happiness & love you bring into everybody's lives. Also, laughter & food were the main ingredients of the evening amongst lots of dancing."

With a big smile on his face, the birthday boy also cut a cake in the presence of the media before kick-starting the grand bash.

On the professional front, Salman is currently shooting for 'Bharat', which also stars Katrina in the lead role. (ANI)

'Bharat' first look is getting viral on internet

The only female to make it to top 10 Indian celebs is....

Jacqueline Fernandez: Difficult to do sequels