Attacking Narendra Modi, West Bengal Chief Minister Mamata Banerjee has labelled him as the "most unfit Prime Minister ever".


Amdanga: Attacking Narendra Modi, West Bengal Chief Minister Mamata Banerjee has labelled him as the "most unfit Prime Minister ever".

"I have earlier seen lots of prime ministers in my career. I was a Union minister... I have served under many prime ministers. But the person on the Prime Minister's chair is the most unfit," she said at a rally here on Tuesday. Banerjee alleged that Modi did not know basic political courtesies and does not know "a trace" of Bengali culture.

"Just see what language he (Modi) uses for his opponents. He does not have basic political courtesies. He cannot respect any culture. He does not know a trace of Bengali culture. He thinks that everyone is his servant," the TMC supremo said. 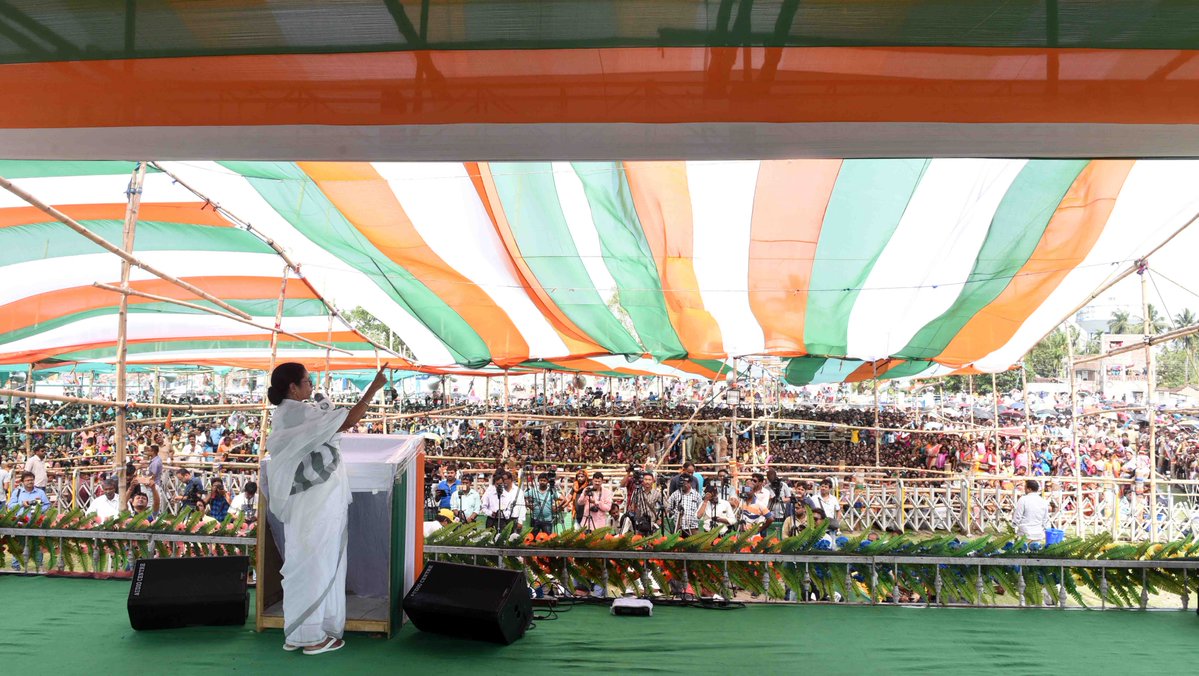 Banerjee accused Modi of "capturing" media organisations and institutions and "altering" the Constitution.

"He (Modi) has captured the media and the institutions. The Constitution has been altered by him. Under the BJP government, lynching incidents have witnessed a sharp rise," she said."Those who earlier used to run around in khaki pants are now distributing money to people," the Chief Minister said while charging BJP with indulging in corruption during elections.

Countering BJP's claim that she did not respect Hinduism, Banerjee said that her party believed in the teachings of Hinduism preached by Ramakrishna Paramahamsa and Swami Vivekananda. 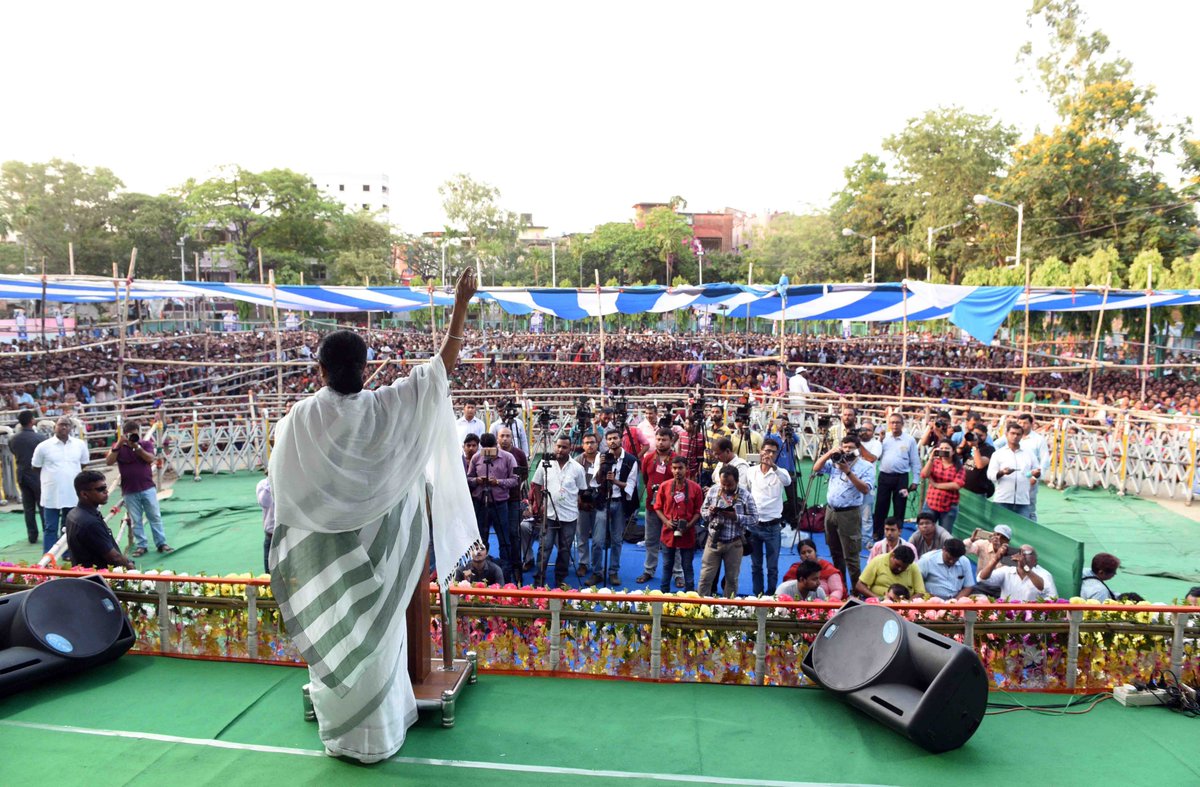 "We believe in Hinduism preached by Ramakrishna Paramahamsa and Swami Vivekananda. We worship Durga, Laxmi, Kali and Saraswati. But, I don't believe in Modi's Hinduism. He does not understand Hinduism," she said.

The TMC leader underlined that Hinduism preaches tolerance, promotes harmony and universal brotherhood. "The BJP is spending extensively. We do not have money power like them. They are spending crores of rupees on every public meeting. They have hired agencies to put up flags and banner. They have been hired agencies to bring crowds to Modi’s rallies in exchange for money," she said at a public meeting in Howrah.

Four phases of the Lok Sabha polls have already taken place in West Bengal, where 42 seats are at stake.The remaining three phases of polling are scheduled for May 6, 12 and 19. Counting of votes will take place on May 23. (ANI)

Mamata questions Modi for not arresting Himanta in Sharada scam