A boy died after the battery of a mobile phone exploded while charging, Madhya Pradesh Police said on Thursday.


Dhar: A 12-year-old boy died after the battery of a mobile phone exploded while charging, Madhya Pradesh Police said on Thursday.

The deceased, identified as Lakhan, took out the battery of his Chinese mobile phone to be charged. As soon as he plugged in the battery for charging, it exploded, causing severe injuries to his face and chest.

Station House Officer (SHO) CB Singh said the boy was lying on the floor unconscious when his uncle came to the spot of the explosion after hearing a noise.

"The boy took out the battery of his Chinese phone to put it in the separate battery charger when the battery exploded. He was immediately taken to a hospital but was pronounced dead," Singh added. 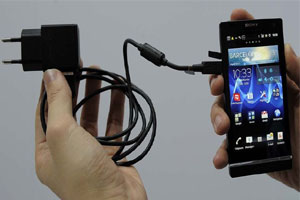 A case has been lodged and the investigation is underway.

This is not the first such incident to be reported, as cellphone explosions due to overheating and other reasons have become quite common these days.

In March this year, a 28-year-old man in Hyderabad had sustained burn injuries after his brand new phone exploded while he was riding a scooter.

The victim, identified as Md Imran, received sustained injuries on his leg and fell down from the scooter. He was later shifted to a hospital for treatment.

Police had said the phone exploded due to excessive heat. (ANI)