MP: Rahul Gandhi detained by Police on his way to Neemuch in Mandsaur

Neemuch: Congress vice president Rahul Gandhi was detained by the police on Thursday while he was on his way to Madhya Pradesh's Mandsaur district to meet the families of the deceased farmers. 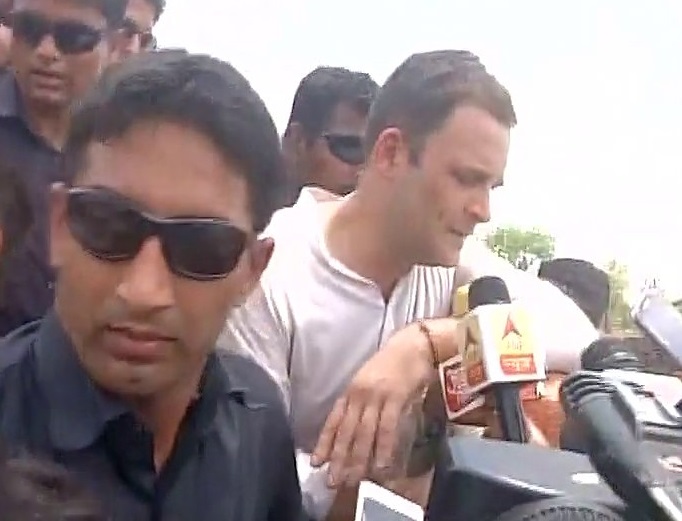 "Prime Minister Narendra Modi neither waives off the farmers' loans nor does he provide bonus. He just gives bullets," Gandhi told the media.

Earlier in the day, Gandhi had tweeted:

Gandhi was seen making way to Mandsaur district in Madhya Pradesh on a motorcycle as tensions continued to escalate in the region over the death of farmers.

Another party leader Sachin Pilot was also seen behind him.