Three-times champion Rafael Nadal denied John Millman any chance of posting another fairytale run in New York as he cruised by the Australian 6-3 6-2 6-2 in the first round of the U.S. Open on Tuesday.

New York: Three-times champion Rafa Nadal denied John Millman any chance of posting another fairytale run in New York as he cruised by the Australian 6-3 6-2 6-2 in the first round of the U.S. Open on Tuesday.

Millman delivered the upset of the tournament last year when he beat five-times winner Roger Federer in a surprising run to the quarter-finals but he was unable to recreate the same magic against the relentless Spanish second seed. Nadal said he came on court with a “lot of respect” for Millman.

“He showed last year what he is able to do when he is playing well,” he said.

“Always at the beginning (of a tournament) the first match everything is a little bit new, even if I have played here plenty of times. The beginnings are not easy. 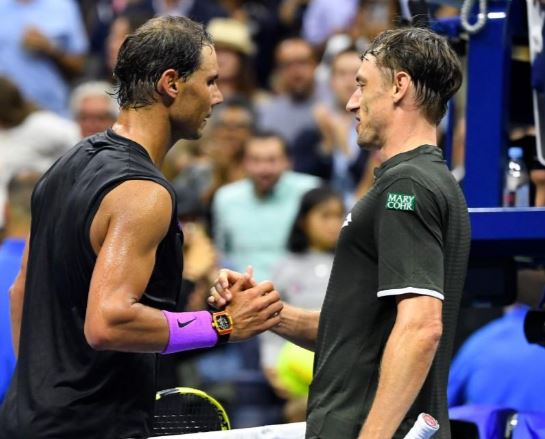 “To be the first match honestly I think I played a good match, hitting good backhands, some more mistakes maybe with the forehand than usual but generally happy with how I started.”

Nadal, who last year retired from his semi-final with a knee injury after several gruelling matches, was a model of efficiency in his opening match of the year’s final Grand Slam. 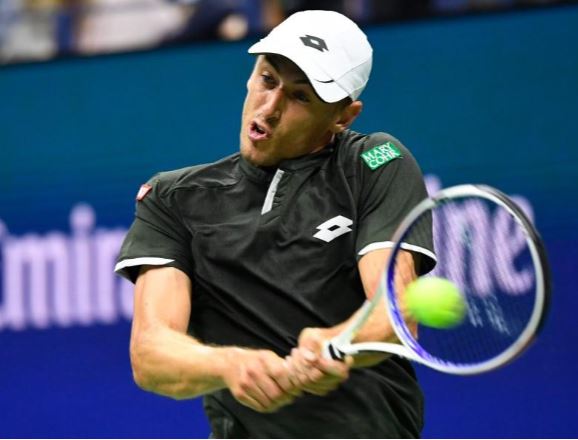 The 33-year-old Spaniard, who snacked on some dates that were on a plate beside his courtside chair, seemed to get better as the match went on and made quick work of Millman in the final set where he went up an early double break for a 3-0 lead.

The only thing to rattle Nadal under the lights in Arthur Ashe Stadium came when he was getting ready to serve at 5-3 in the first set and the chair umpire issued a time violation that the Spaniard took issue with. 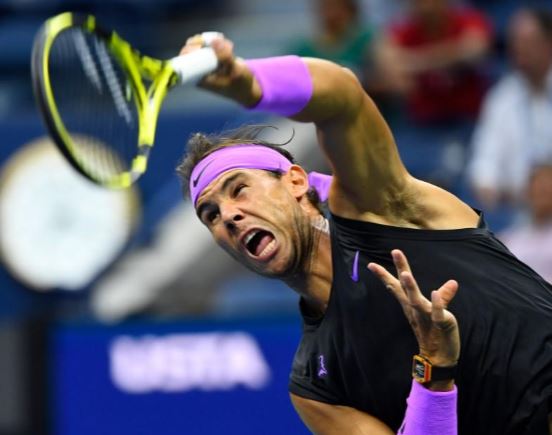 But Nadal, who denied that he was not ready to serve on time, did not let the incident knock him off course as he went on to close out the set in the ensuing game. Nadal faced only three break points and easily turned aside each one. The first was in the opening game of the match, with Millman’s other two chances to break coming in the final game of the second set.

By contrast, Nadal converted five of his 15 break point chances against Millman, who did not have the weaponry or pace to keep up with the 18-times Grand Slam champion. Serving for the win at 5-2, Nadal sealed the deal on his second match point with a sizzling forehand down the line that left Millman no chance.Up next for Nadal will be Australian wildcard Thanasi Kokkinakis (Reuters)