Remember the 1999's popular number 'What is mobile number' from 'Hassena Maan Jaayegi'? Well, the question is fresh even today and Ranveer Singh has found the answer to it!


New Delhi: Remember the 1999's popular number 'What is mobile number' from 'Hassena Maan Jaayegi'? Well, the question is fresh even today and Ranveer Singh has found the answer to it!

Dressed in retro-style pants, posing with a red landline phone popular in the 90s, the 'Gully Boy' actor on Wednesday put out an image of him, where he used the insanely famous song's hook lines in the caption.

In a witty response, the Twitter handle of the Nagpur City Police on Wednesday revealed the answer to the reiterated question."100," the reply read.

The question which got its answer after two decades, drew hilarious responses from the Twitter users, with a number of them hailing the city police.

The sassy tweet garnered over five-thousand retweets and more than 24,000 likes in 19 hours. Known for experiments and adding quirk to everything possible, Ranveer never keeps it simple when it comes to captions.

A few days back, he shared a picture of him in a Sherwani wherein he introduced himself as an "entertainer for hire" writing, "Shaadi Season is here! Entertainer for Hire. Available for events, wedding, budday, mundane." 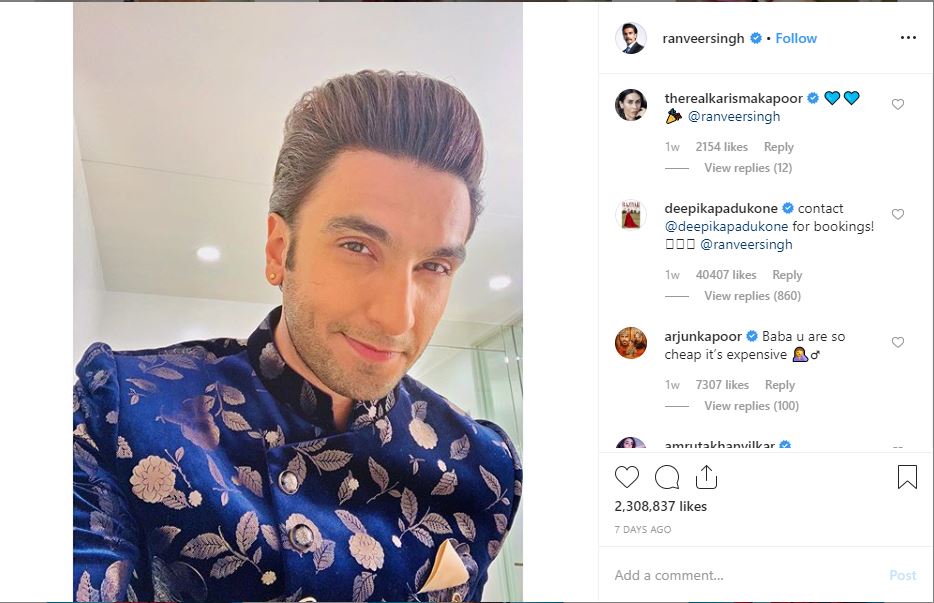 On the work front, the two are all set to star as the on-screen couple in the upcoming sports film '83' directed by Kabir Khan.

The film will open in theatres on April 10 next year. (ANI)