Ahead of the Monsoon Session of Parliament, Prime Minister Narendra Modi on Sunday, while addressing the floor of leaders of parties of the Rajya Sabha and Lok Sabha .

New Delhi: Ahead of the Monsoon Session of Parliament, Prime Minister Narendra Modi on Sunday, while addressing the floor of leaders of parties of the Rajya Sabha and Lok Sabha today, said that for preserving the institution of Democracy in India, it is important that all political parties support the Government to conduct business in both Houses of the Parliament without disruption and constructive discussion takes place on issues of national importance.

Prime Minister Modi further urged all parties to extend their support to the Government in fighting corruption and the issue of communal violence in the name of cow protection.

He added that State Governments must ensure the maintenance of law and order and strict action must be taken against those who break the law.

"Prime Minister Modi has asked the State Governments to take strict action against the anti-social elements creating violence in the name of cow vigilantism and punish them strictly," Parliamentary Affairs Minister Ananth Kumar said after the all-party meeting.

"People are trying to give it a political and communal colour, but it is not in favour of the country," he added.

Further commenting on the issue of China, Kumar said that the political parties have already been briefed about the situation of China and India stands united on this issue.

The Prime Minister also called on all the party to support the war against corruption, which has been initiated by the government.

"He (Prime Minister Modi) also expressed concern over the flood like situation on the north-eastern part of the country and asked the state to take action to provide relief to the people," he said.

The Prime Minister expressed gratitude towards all parties for supporting the Government in bringing historic economic reforms like preponing of Budget Session of the Parliament and bringing in the Goods and Services Tax (GST). 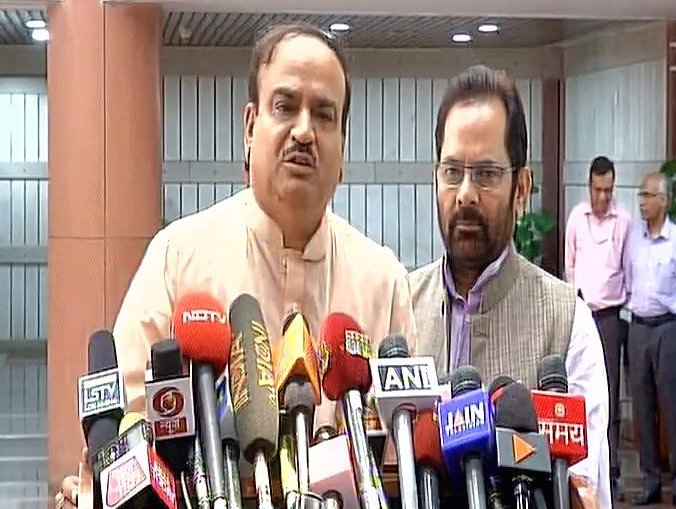 "Bringing in the GST regime, with support of all parties, has strengthened the Federal structure of the Government and brought about economic solidarity in the country," Prime Minister Modi added.

The Prime Minister also mentioned that the highest level of dignity has been maintained in the whole process of Presidential Election till now and no situation of any bitterness surfaced among the political parties.

"All parties should be commended for that and each party must ensure that all MPs and MLAs participate in the President's election and no vote is wasted," he said.

The Prime Minister also urged all leaders to achieve consensus on celebrating the 75th anniversary of Quit India Movement on August 9 in both Houses of Parliament.

Prime Minister Modi also expressed deep concern for the floods in North Eastern States of India and assured all leaders that the Government is fully informed on the situation on the ground and taking all steps to reduce the suffering of people. 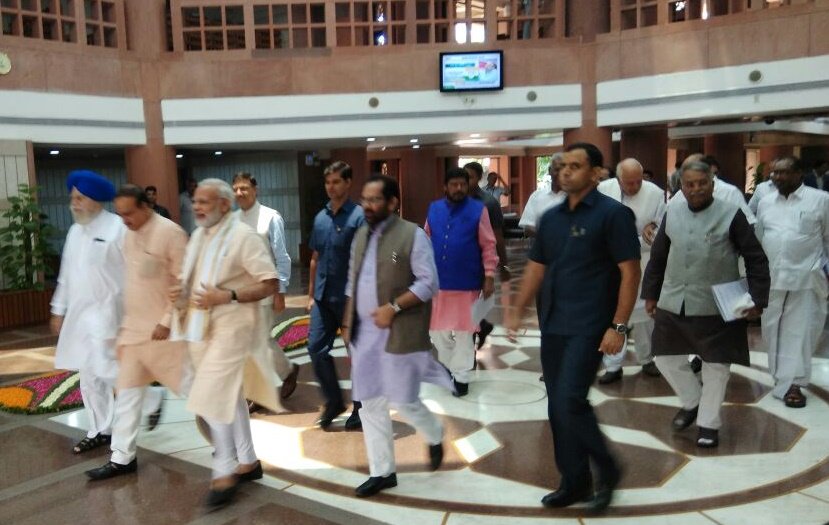 Meanwhile, Leaders of the National Democratic Alliance (NDA) Government will meet in the evening to chalk out their strategy to counter the Opposition in Parliament.

It is also expected that the Bharatiya Janata Party (BJP) will discuss the name of its Vice-Presidential nominee during their Parliamentary party executive meeting in the evening.

Lok Sabha Speaker Sumitra Mahajan has also called for a meeting of leaders of political parties at the Parliament later in the evening to ensure a smooth transaction of business in the House.

The Monsoon Session of Parliament will start from Monday and will continue till August 11.

The Opposition is expected to raise the issue of Jammu and Kashmir in both the Houses, including the implementation of Goods and Service Tax (GST) and the ongoing clashes in West Bengal. (ANI)