Prime Minister Narendra Modi claimed that his government has been successful in bringing waters of the Narmada River to villages.

Rajkot: Prime Minister Narendra Modi on Saturday claimed that his government has been successful in bringing waters of the Narmada River to villages.

Addressing a rally in Rajkot, Prime Minister Modi said, "The definition of development is changing. Earlier, a hand pump would be put and a leader would use that for multiple elections. Things have changed now. We are bringing the waters of the Narmada here for the benefit of citizens."

He added that because of the Narmada waters, new employment opportunities will come up in Surendranagar and it will also become an important place for education.

He asserted that drip irrigation can be adopted in Surendranagar, with the help of the Narmada. 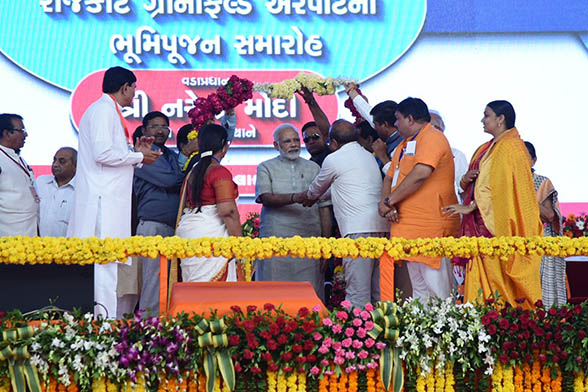 "If Surendranagar adopts drip irrigation, one cannot imagine the scale of development, and thanks to the Narmada, that will happen," said the Prime Minister.

Describing Gujarat as a "water scarce state" that needs to be revolutionised, Prime Minister Modi said that, "By 2022, make a pledge to revolutionise agriculture by bringing micro-irrigation in agriculture."

On aviation for Rajkot he said, "Our government has made policies of aviation and taken responsibility to connect the smallest of places by air."

He also said that his government has made aviation affordable and within the reach of the less privileged. 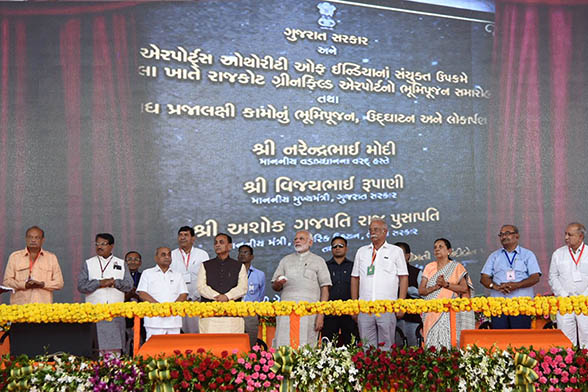 Speaking about Rajkot Airport, which he had inaugurated today, Prime Minister Modi said that the government needed only four percent of farmland for the airport.

"We need to take only four percent of land from farmlands for this airport. Ninety six percent of barren land has been taken for this so far," he said.

He said the day is not far when Rajkot Airport will offer international services.

Foundation stone for the greenfield was laid airport at Hirasar in Rajkot district.

On Sunday, Prime Minister Modi will visit his birthplace Vadnagar in Mehsana district. He will inaugurate a medical college and a hospital having a total bed capacity of 650. 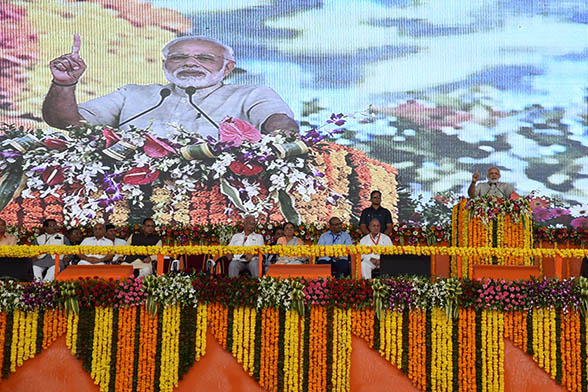