President Ram Nath Kovind's school hosted a lunch to celebrate the success of its former student.

Kanpur: President Ram Nath Kovind's school on Tuesday hosted a lunch to celebrate the success of its former student.

English professor Birendra Kumar Shukla said, "We are very proud that the former student of our college Ram Nath Kovind has taken oath as the President of India. In this context we have hosted lunch for the entire college." 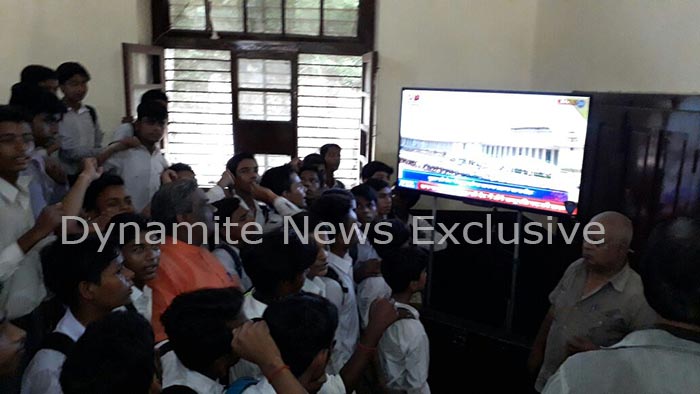 Another professor said that the school authorities arranged LCD to watch the live telecast of oath ceremony of Ram Nath Kovind.

"We would like to thank Prime Minister Narendra Modi to elect Ram Nath Kovind as the Presidential candidate and also thank the nation to support Kovind in his win," he said. (ANI)