The lawyer, Rajesh Srivastava, was killed in Colonelganj's Manmohan Park area while he was on his way to the office. 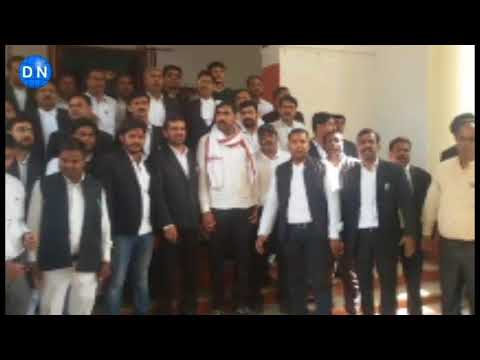 Allahabad: Protests erupted in several parts of Uttar Pradesh's Allahabad city after a lower court lawyer was shot dead in a busy marketplace in Gonda district on Thursday.

The lawyer, Rajesh Srivastava, was killed at around 10.30 a.m. in Colonelganj's Manmohan Park area while he was on his way to the office.

Also Read: Toll rises to 13 in UP thunderstorm

Meanwhile, lawyers protesting their colleague lawyer's death set a bus on fire near the District Magistrate's office in Allahabad.

The motive behind the murder is yet to be ascertained.

An investigation is underway. (ANI)

President Kovind: Freedom of judiciary is cornerstone of democracy

UP cabinet clears proposal to rename Allahabad as Prayagraj

UP: 5 members of family found dead inside locked house