Amethi, Uttar Pradesh: Unleashing a tirade of accusations against Prime Minister Narendra Modi, Congress vice-president Rahul Gandhi in his bastion Amethi said the latter knows that he is going to lose, adding that he is now resorting to hate politics.
While addressing a political rally in Amethi, "Prime Minister knows that the BJP in Uttar Pradesh has lost elections. You can see his expressions have changed, he used to be happy and now he is all tensed. Now he is doing what he does the best, which is dividing people. He is now spreading hatred. But I would like to tell him that Uttar Pradesh will not listen to him, the people of the state will vote for the SP-Congress alliance." 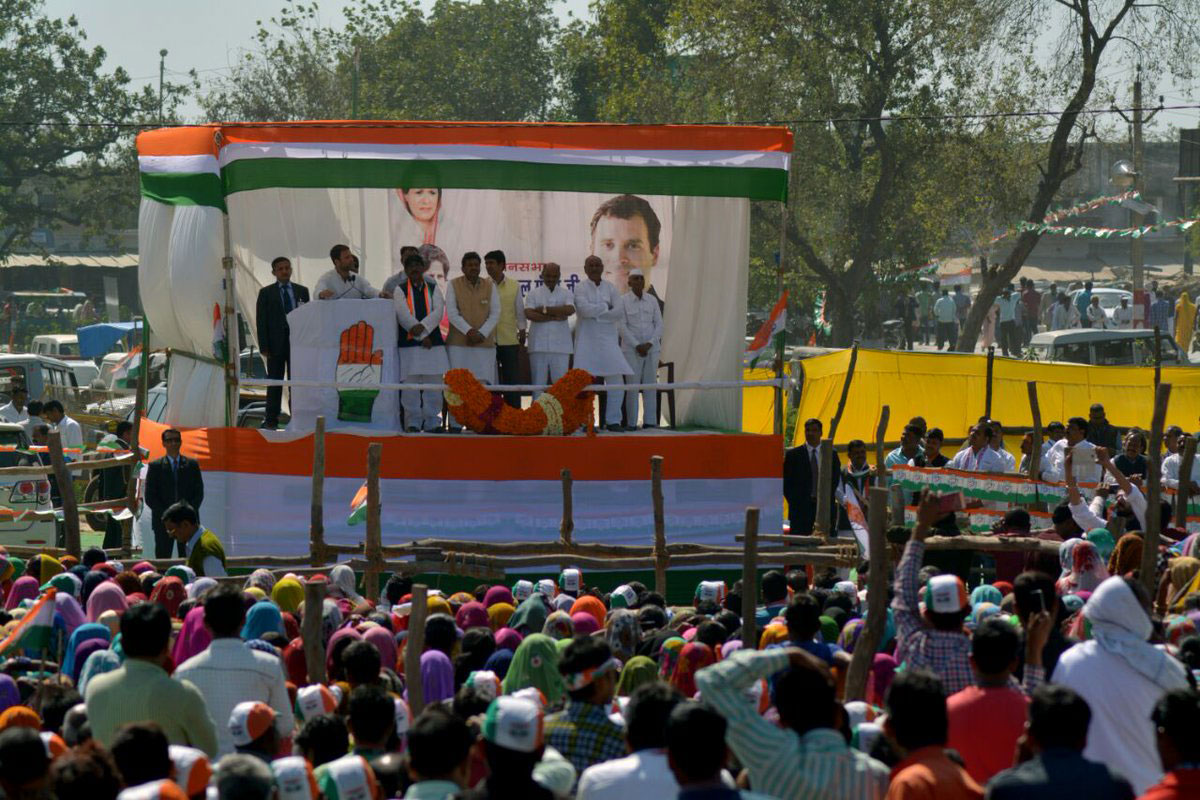 Further taking a jibe at Prime Minister Modi's reference of Sardar Patel in various rallies, Gandhi said it is a fact that the BJP did not produce any great leaders and urged him to not use names of any great men to create divide.
"Great men like have made this country, Gandhi ji, Nehru ji, Ambedkar ji, Shubash Chandra Bose ji, Sardar Patel ji and many more gave what all we have today. Modi ji I would like to tell the Prime Minister that these great men do not belong to anyone party, they are ours. And Modi ji creates divide by using the name of these great leaders this does not suits you. I understand that your party did not produce any great leaders but that does not mean you can use them," said Gandhi.
Gandhi further asserted that by hailing Sardar Patel, the Prime Minister cannot brand the freedom fighter as RSS personnel.
"Modi ji cannot denote Sardar Patel a RSS leader, this cannot happen. Because Sardar Patel along with all other leaders worked for an India which promotes non violence, an India which was Gandhi ji's dream," said Gandhi.
Gandhi also took the occasion to slam Prime Minister Modi for not fulfilling any of his promises made by him during the 2014 Lok Sabha elections.
"Our farmers are scared. The government does not give compensation to the farmers whose crops get affected. We asked Prime Minister Modi to waive off debts of farmers and he said nothing, he remained silence," said Gandhi.
"The Prime Minister has not fulfilled any promise. Modi ji wants to build a relationship with the people of Uttar Pradesh. I would like to say that you cannot build relationships without fulfilling any responsibility. We gave food park to Amethi and Raebareli that needed 40 factories and could've generated employment, but Modiji snatched it away," he added. (ANI)