Taking a jibe at the Centre over the Pegasus issue, Congress leader Rahul Gandhi on Friday alleged that Centre is intercepting every Indian's phone, and demanded a discussion on the issue.

New Delhi: Taking a jibe at the Centre over the Pegasus issue, Congress leader Rahul Gandhi on Friday alleged that Centre is intercepting every Indian's phone, and demanded a discussion on the issue.

He further accused the Central government of not letting a discussion take place on the Pegasus issue in the Parliament during the ongoing Monsoon Session. 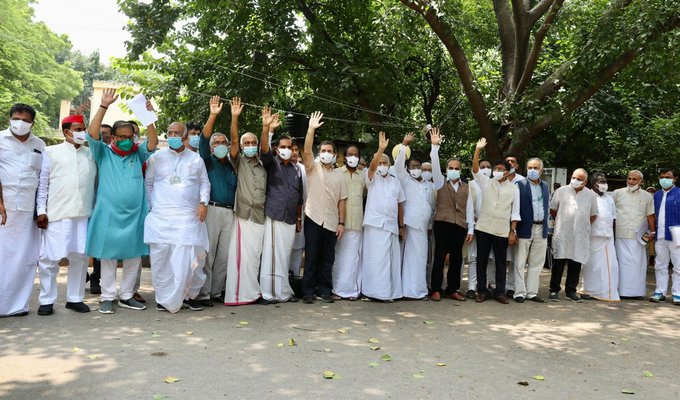 His remarks came as the Opposition leaders joined the farmers at Jantar Mantar, Delhi during their protest against new farm laws.

"Today all opposition parties have gathered here (Jantar Mantar) to extend their support against 'Kala Kanoon' (farm laws). We want a discussion over Pegasus, but they (Centre) are not letting it happen. Narendra Modi has intercepted every Indian's phone," said the Wayanad MP while speaking to reporters at Jantar Mantar.

TMC, BSP and AAP did not participate in the protest. 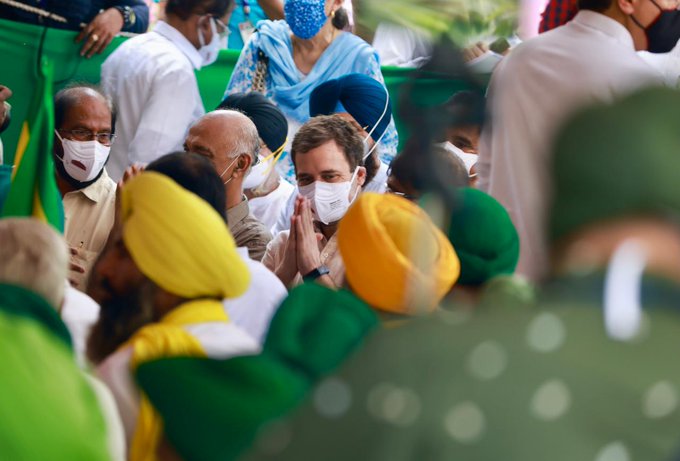 Opposition leaders raised slogans with a placard 'Save Farmers, Save India' as they reached Jantar Mantar to extend their support to farmers.

The opposition parties have been forcing adjournments in both Lok Sabha and Rajya Sabha over their twin demands including repeal of three farm laws and probe into the allegations of surveillance.

The two Houses have been witnessing protests from the Opposition since the start of the monsoon session on July 19.

Farmers have been protesting on different borders on the National Capital since November 26 last year against the three newly enacted farm laws: Farmers' Produce Trade and Commerce (Promotion and Facilitation) Act, 2020; The Farmers (Empowerment and Protection) Agreement on Price Assurance and Farms Services Act 2020 and the Essential Commodities (Amendment) Act, 2020. (ANI)