Actor Rakul Preet Singh has started work on her next movie, titled "Chhatriwali".

The film is a social comedy, being directed by filmmaker Tejas Prabha Vijay Deoskar, best known for Marathi features like "Bucket List" and "Ajinkya".

Singh took to her Instagram Stories and posted a short video in which she is travelling in her car. She wrote, "Day One" alongside the clip. 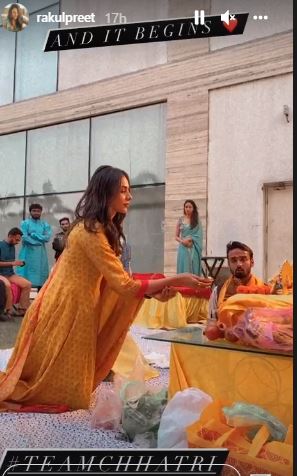 On Thursday, the actor and the director performed a ceremony at the film's set in Lucknow.

"Chhatriwali" is backed by producer Ronnie Screwvala through his banner RSVP. 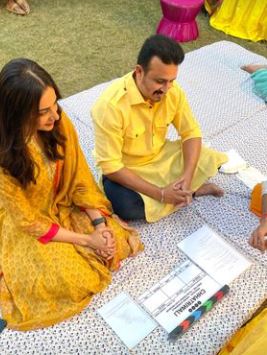 She will next feature in Ajay Devgn-directed "Mayday" and campus comedy-drama "Doctor G", opposite Ayushmann Khurrana, and an untitled comedy from filmmaker Indra Kumar.(PTI)