The central government on Friday approved the transfer of 17 senior officers. Read more on Dynamite News:

New Delhi: The Appointments Committee of the Cabinet (ACC) has approved the following appointments on Friday. 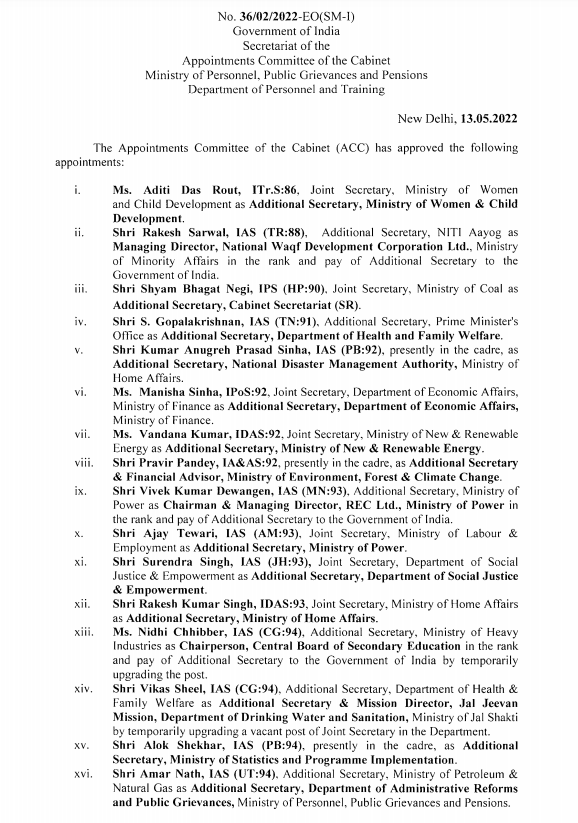 IAS Nidhi Chibber (1994 batch) has been appointed as the Chairperson of the Central Board of Secondary Education (CBSE). Chibber is currently Additional Secretary, Ministry of Heavy Industries. 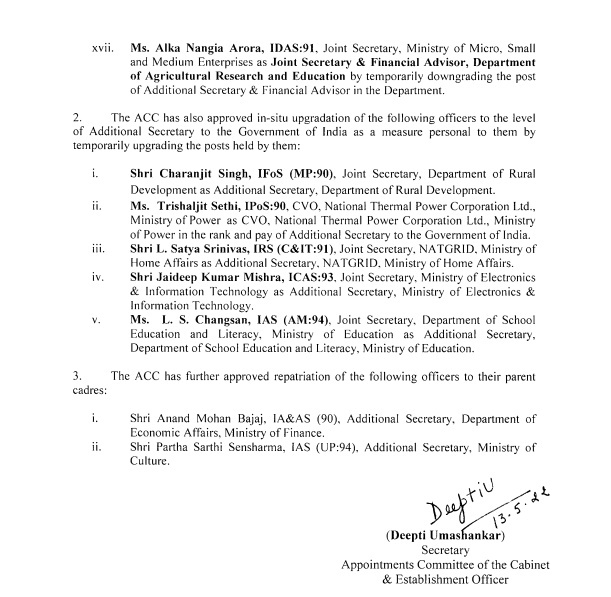 A total of 17 Joint Secretary and Additional Secretary-level officers have been appointed to different posts in the central government departments and organisations in today's reshuffle.

IAS Sanjay Mitra to be the next Defence Secretary, Many senior babus changed in GoI

Subbarao and Yuvraj appointed as Secretary and PS to Vice President