Asserting that Kovind is man of experience and is highly knowledgeable, Swamy rubbished reports that the former was elected for the coveted post for the fact that he is a Dalit.

New Delhi: Bharatiya Janata Party (BJP) leader Subramanian Swamy on Tuesday averred that there is no better candidate than Ram Nath Kovind for the post of President.

Asserting that Kovind is man of experience and is highly knowledgeable, Swamy rubbished reports that the former was elected for the coveted post for the fact that he is a Dalit.

"There is no better candidate than him. He is well versed with the Constitution of India. I don't think he was picked because he was a Dalit. He has a lot of experience and knowledge," said Swamy.

Earlier on Monday, BJP president Amit Shah announced the name of Kovind as NDA's consensus candidate for the post of Indian President.

Kovind before leaving for New Delhi yesterday met with Prime Minister Narendra Modi and thanked the people of Bihar for their support.

The Prime Minister said that Kovind will make an exceptional President and continue to be a strong voice for the poor, downtrodden and marginalised.

However, the decision did not go down well with some of the political parties with Congress alleging that the announcement was made without taking the grand old party into confidence while BJP's ally Shev Sena termed it a political move to lure vote bank.

Joining the critics of NDA's Presidential nominee, Shiv Sena said it would not extend its support if the Centre is eyeing a vote bank by nominating a Dalit face for the upcoming President polls.

"If someone is trying to make a Dalit a President with the purpose of gaining a vote bank then we are not with them, Shiv Sena chief Uddhav Thackeray said. 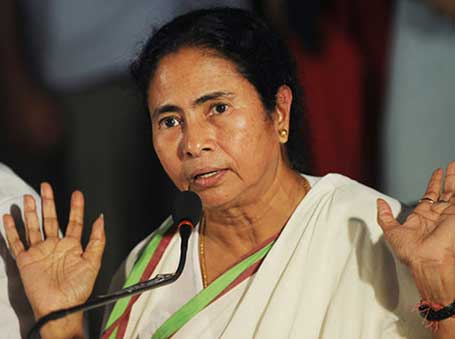 She said that someone of the stature of President Pranab Mukherjee or even External Affairs Minister Sushma Swaraj or BJP veteran L.K. Advani may have been made the candidate.

The decision, however, was welcomed by some of the political leaders including Bihar Chief Minister Nitish Kumar and Telangana Chief Minister K. Chandrasekhar Rao.

Nitish Kumar expressed his happiness that the Bihar Governor would be the NDA's candidate for the President elections. He, however, said a detailed discussion would be held on the matter within the JD (U).

Kovind belongs to the Dalit community Koli and had worked extensively in Uttar Pradesh and Bihar and also has the backing of BJP's ideological parent, the Rashtriya Swayamsevak Sangh(RSS).

A lawyer by profession, Kovind had also been BJP Scheduled Caste Morcha chief (1998-2002) and president of the All-India Koli Samaj.

The election for the next President of India is to be held on July 17 as President Pranab Mukherjee will demit the office on July 24.

The Election Commission of India (ECI) issued the notification in this regard and the process of the nomination has started that will continue till June 28. (ANI)