US President Donald Trump, who claimed that Prime Minister Narendra Modi has asked him to mediate in Pakistan issue, contradicted himself in the next sentence

Washington [US] : US President Donald Trump, who claimed that Prime Minister Narendra Modi has asked him to mediate in Pakistan issue, contradicted himself in the next sentence.
Trump, who claimed that he had spoken with the Indian Prime minister in the regard, moments later said that he "will talk with Modi" to discuss mediation issue.

"So I was with Prime Minister Narendra Modi two weeks ago and we talked about this subject. And he actually said, would you actually like to be a mediator or arbitrator? 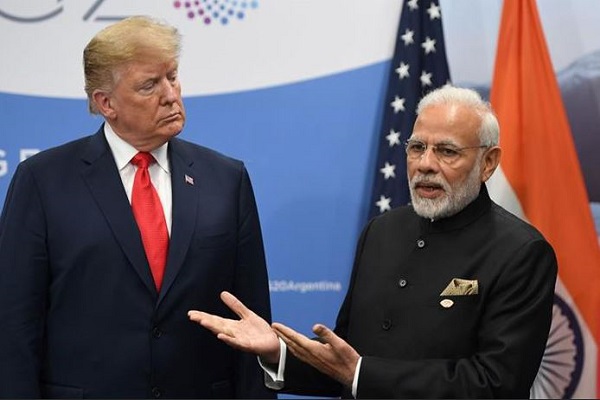 I said, where? He said Kashmir because this has been going for many, many years. I was surprised at how long it has been going on," said Trump, who was hosting Pakistan Prime Minister Imran Khan at the White House.

"It should be resolved, so he has to think the same thing, So maybe I will speak to him and we will see what we can do," he added.

Notably, the statement released by White House following the meeting of US President  Donald Trump and Pakistan Prime Minister Imran Khan on Sunday had no mention of 'Kashmir issue'. 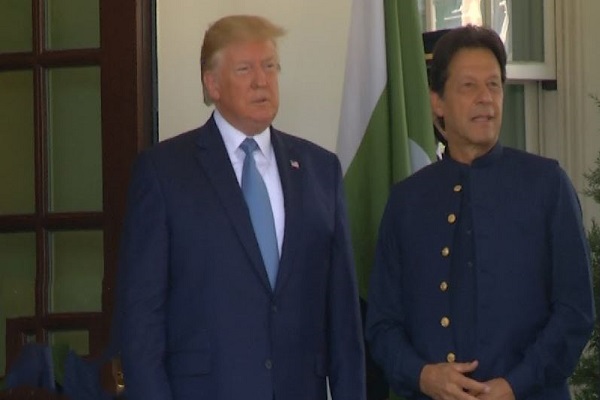 The statement which was released after the meeting of two leaders read, "President Trump and Prime Minister Khan will discuss a range of issues, including counter terrorism, defense, energy, and trade." Meanwhile, the Ministry of External Affairs MEA India also clarified that no such request has been made by Modi to the US President. "We have seen @POTUS's remarks to the press that he is ready to mediate, if requested by India & Pakistan, on Kashmir issue. No such request has been made by PM @narendramodi to US President. It has been India's consistent position," tweeted MEA spokesperson Raveesh Kumar that all outstanding issues with Pakistan are discussed only bilaterally. Any engagement with Pakistan would require an end to cross border terrorism.

The Shimla Agreement & the Lahore Declaration provide the basis to resolve all issues between India &amp; Pakistan bilaterally," he said in a subsequent tweet. (ANI)

PM Modi: Decades of dynasty rule in Jammu and Kashmir prevented the youth from political leadership