Two arms smugglers held with arms and ammunition in Prayagraj

A team of Special Task Force arrested two arms smugglers and seized from their possession in Prayagraj in Uttar Pradesh on Wednesday. 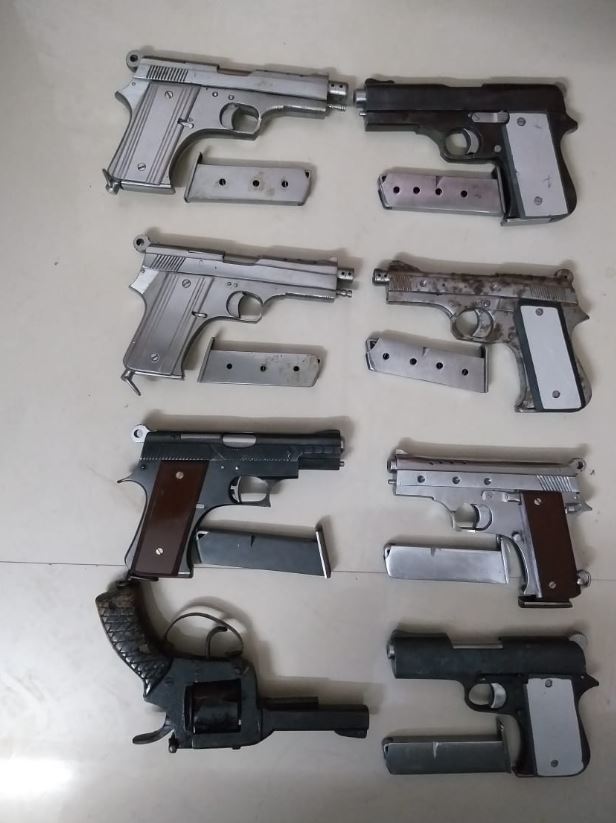 The accused told the police that they are a gang of six people.

According to the STF, they sold arms through their associates and the duo were nabbed when the distributors came to receive the newly arrive consignment. (ANI)

UP: STF arrests 5 involved in manufacturing of illegal weapons