Samajwadi Party candidate Siddhgopal Sahu's son were injured after a clash between SP and Bahujan Samaj Party (BSP) supporters broke out in Mahoba.

Mahoba: At least four people including Samajwadi Party candidate Siddhgopal Sahu's son were injured after a clash between SP and Bahujan Samaj Party (BSP) supporters broke out in Mahoba.
Meanwhile, voting for the fourth phase on 53 constituencies is underway in Uttar Pradesh.

Other than Bundelkhand and Rae Bareli districts going to polls in this phase are Allahabad, Chitrakoot, Banda, Fatehpur, Hamirpur, Jalaun, Jhansi, Kaushambi, Lalitpur, Mahoba, Pratapgarh. Theboting started at 7 a.m., and will end at 5 p.m. 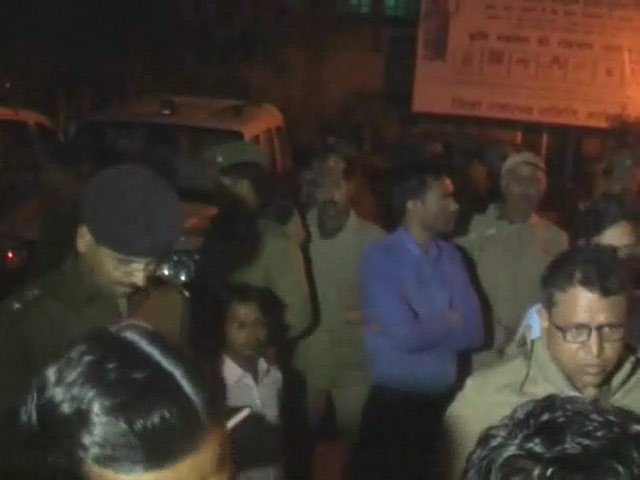 Elaborate arrangements have been made to ensure free and fair polling.Inter district and inter-state borders have been sealed.

Patrolling by security forces has been intensified inpoll bound areas. Most of the polling centers are manned by Central Para Military Forces.

BJP is contesting 48 seats out of 53. It has left 6 seats for its ally Apana Dal. BSP has fielded its nominees in all segments, while SP is contesting 30 seats and its ally Congress 25. (ANI)

60.03 percent voting recorded in seventh phase of UP polls

57.36% voting in UP fifth phase assembly elections till 5 pm