Massive protests against Agnipath scheme of the Central Government to recruit youth in the Indian Armed Forces have spread in many states. In Varanasi too, army aspirants are strongly opposing the scheme. Read more on Dynamite News: 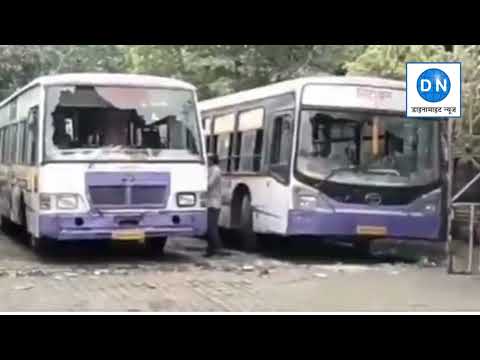 Varanasi: Intense opposition to the Agneepath scheme announced by the Centre for the recruitment of youth in the three wings of the Indian Army has spread in many parts of the country. This protest, which started from Bihar, is getting momentum in other states too including Delhi-NCR. In many places, young jobseekers are protesting fiercely and sloganeering against this scheme. There was also a fierce protest against this plan in Varanasi, the parliamentary constituency of PM Modi.

Protesters vandalized the Cantt bus stand in Varanasi and damaged some buses parked there. They also raised slogans against the Centre. However, the police and security forces contained the protesters in time.

Agitators have been protesting against the scheme in many parts of the country since Friday morning.

Delhi-NCR also faced protests against Agnipath. However, police and security forces are deployed to maintain the law and order.

Aam Aadmi Party's student wing Chhatra Yuva Sangharsh Samiti demonstrated at many places in Delhi against the Agneepath scheme and raised slogans against the Centre.

Delhi Metro is also affected due to the protest. All gates of ITO, Delhi Gate and Jama Masjid metro stations have been closed as a precautionary measure in view of the protest.

Azamgarh: SP injured after encounter with a wanted criminal Bheem

PM Modi on 2-day visit to Varanasi from Friday