Leader of opposition in Gujarat assembly Shankarsinh Vaghela today said that he was expelled from the Congress "24 hours back".

Gandhinagar: Leader of opposition in Gujarat assembly Shankarsinh Vaghela today said that he was expelled from the Congress "24 hours back".

He made the announcement at a public meeting of his supporters held here on his 77th birthday, amid speculation that the veteran leader was all set to break ranks with the Congress, which he had joined about two decades back after quitting the BJP. 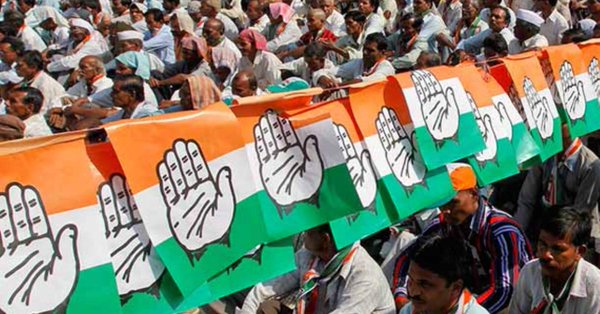 The former Gujarat chief minister has been at loggerheads with the Congress leadership for quite some time over his demand that he be projected as the chief ministerial face in the poll-bound state.

Vaghela had been contending that if was projected as the CM candidate in the upcoming assembly polls, the party would be able to take on the BJP effectively in Prime Minister Narendra Modi's home state.

Vaghela's move comes close on the heels of the Congress failing to muster its entire strength in the presidential election held on July 17.

The Congress candidate Meira Kumar could garner only 49 votes against the party's strength of 57 in the state assembly. (PTI)

Celebrations in BJP Headquaters in Delhi