Virendra Kumar sworn in as Protem Speaker of Lok Sabha

Former Union Minister and seven-time MP Virendra Kumar took oath as the Protem Speaker of the Lok Sabha on Monday.

Kumar was elected to 11th Lok Sabha for the first time in 1996 and became the member of Standing Committee on Labour and Welfare. Later, he was re-elected to the 12th, 13th, 14th, 15th, 16th and 17th Lok Sabha continuously. He had served as member and Chairmen of various committees. 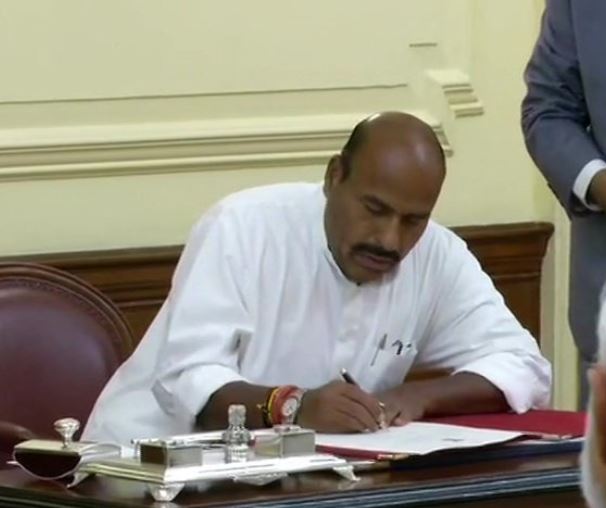 He was also the Union Minister of State for Women and Child Development and Minority Affairs between September 2017 and May 2019.

The Prime Minister, cabinet ministers and other Lok Sabha MPs will take oath later today at the lower house of Parliament. The first session of 17th Lok Sabha will commence today. On the first two days, the new MPs will take the oath, and election for the post of Speaker is scheduled to be held on June 19. President Kovind will address a joint session of Parliament on June 20.

Usually, the senior-most member of the House is chosen as Protem Speaker. His/her job is to oversee the oath taking by the newly-elected members and the election of a regular Speaker of the house.   (ANI)