15 killed in Taliban attack in Afghanistan

At least 15 people, including civilians, were killed in an attack by a group of Taliban terrorists in Ghor province in western Afghanistan.

Kabul: At least 15 people, including civilians, were killed in an attack by a group of Taliban terrorists in Ghor province in western Afghanistan on Friday night, an official of Ghor Provincial Council said on Saturday.

The incident occurred after the terrorists launched an ambush at security outposts in Poshta Noor village of Dawlatyar district in the province, TOLOnews quoted Hamidullah Motahid, member of the council, as saying.

A tribal elder named Lal Bahadur Frotan and two others were injured in the attack. 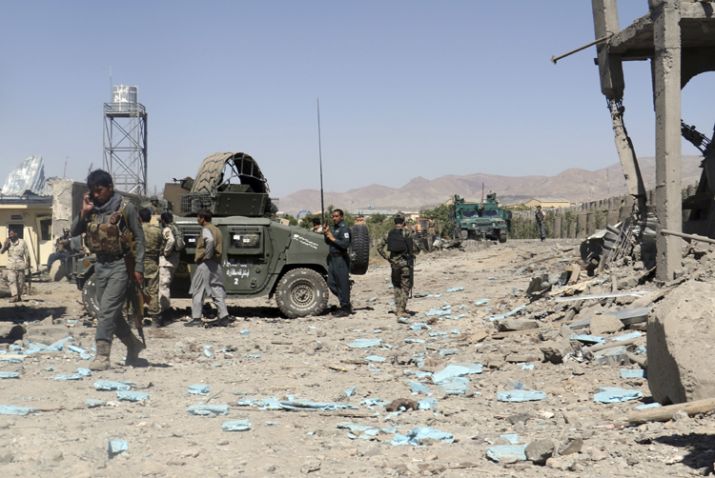 Ghor governor's spokesperson Abdulhaqi Khatibi confirmed the attack but said authorities did not receive adequate information on the incident.

He also said Afghan government forces have been rushed to the spot.

In the past several years, government forces, Taliban and other terror outfits have been involved in armed confrontations, even as peace efforts are underway to end the nearly-two decades-long civil war in Afghanistan.