Samajwadi Party supremo Akhilesh Yadav on Monday postponed his visit to Rampur to September 13-14 in view of prohibitory orders imposed in the city due to Muharram and Ganesh Chaturthi, even as he alleged that the district magistrate was working at the behest of the state government. 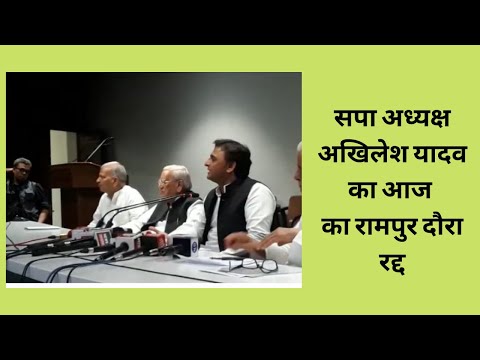 Lucknow: Samajwadi Party supremo Akhilesh Yadav on Monday postponed his visit to Rampur to September 13-14 in view of prohibitory orders imposed in the city due to Muharram and Ganesh Chaturthi, even as he alleged that the district magistrate was working at the behest of the state government.

Addressing a press conference at the party office here, the SP chief, who was scheduled to meet party leader Azam Khan on Monday, also claimed that the administration has said his visit could result in riots in Rampur.

Akhilesh Yadav, SP chief: Since there is Muharram and 'Ganesh Visarjan' I am delaying my program by 2 days. I will send my next program of Rampur on 13 and 14 September to the district administration and I will also give a detail of my movement. pic.twitter.com/wZie5JCJWf

"I have to visit Rampur to meet party workers in Sitapur, Shahjahanpur, Bareilly. I have postponed the visit by two days. It has been rescheduled to Sep 13-14. No one can stop us from meeting people in a democracy," Yadav told reporters here.

He said the administration has told the party that prohibitory orders were imposed in Rampur in view of Muharram and Ganesh Chaturthi due to community sensitivity.

However, Yadav alleged that the Rampur district magistrate was "working at the behest of government has his tenure is going to end and he wanted an extension". 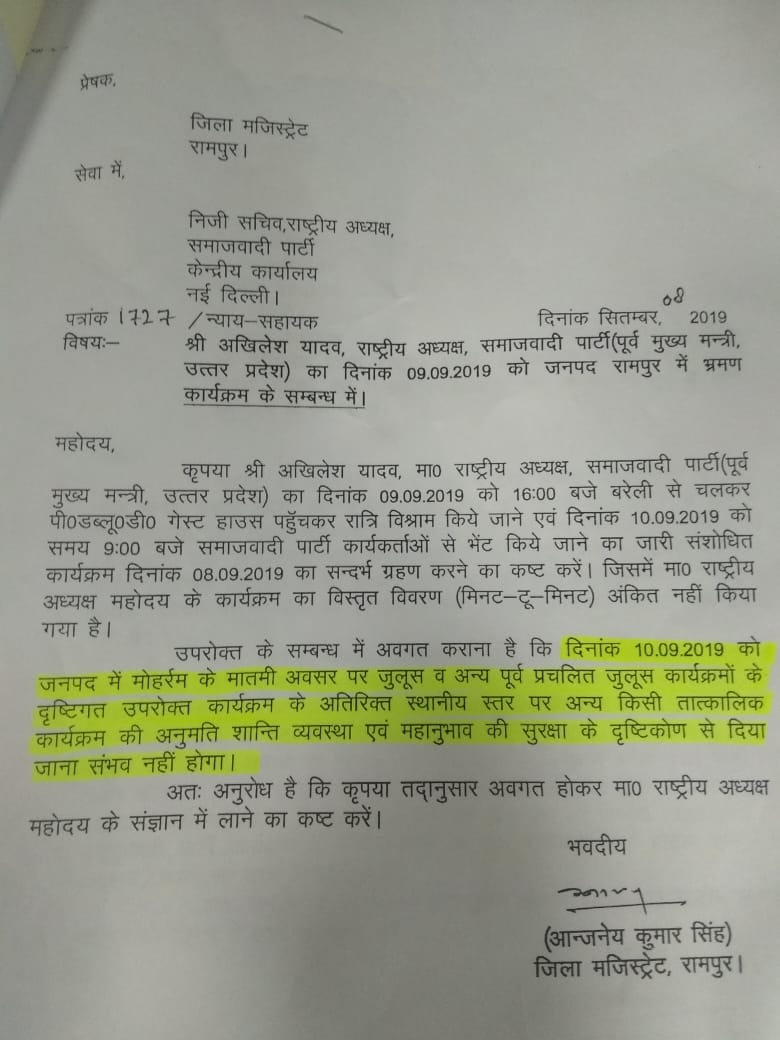 "Fake cases were lodged against Azam Khan under pressure of the local administration," he said, defending the party leader.

"I and the entire Samajwadi Party is with him and will fight at all levels and also explore ways for the legal fight," the SP chief said.

He said "politically motivated" cases are being lodged against Azam Khan to finish off the university founded by him. "They dont want the university to run and students to have a bright future. Political fores do not want change in the lives of people," he added.

"In the political history, such a large number of cases have never been lodged against anyone. FIRs are being registered in matters that are 10-12 years old under pressure," Yadav alleged.

Announcing the postponing of his visit, he said, "We have given detailed information regarding my visit to the administration. Now I will go there on Sep 13, and hope that the administration will have no problem. (PTI)