Confident India will take on Bangladesh in the second semi-final of the ongoing Champions Trophy here at the Edgbaston Cricket Ground.


Birmingham: Confident India will take on Bangladesh in the second semi-final of the ongoing Champions Trophy here at the Edgbaston Cricket Ground, Birmingham on Thursday.

India will start today's game as strong favourites as they had finished the group stage at the top of Pool-B with wins over arch-rivals Pakistan and South Africa.

However, they will still be wary of Bangladesh, who had entered the last-4 stage on the back of an upset win over New Zealand and had finished second in Group-A.

As far as the conditions are concerned, the rains that blighted the first week of the tournament have receded and the forecast is for sunny skies for today.

The playing surface should be friendly to batsmen, though the smart bowler will be able to at least keep the opposition in some check even if it's not a surface on which you can run through sides - keeping with how the pitches have been in the tournament so far. 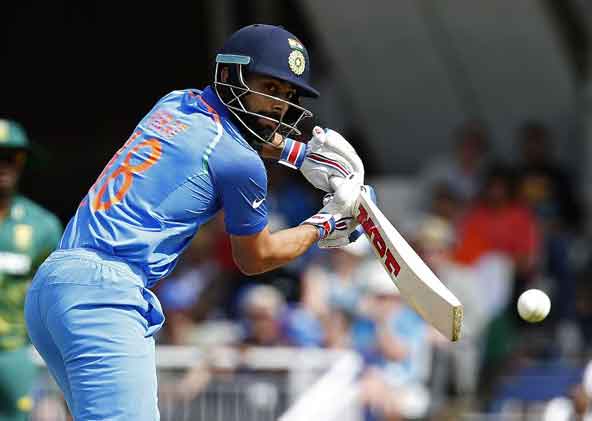 Skipper Virat Kohli has already called on his side to stop dwelling on their past laurels and not to take Bangladesh for granted in the second semi-final.

"We have been quite a few times in these kinds of games before. But, there is no guarantee in sports. As you have seen in the league stages as well, a lot of teams have surprised. We are certainly not taking anything for granted. We will use whatever momentum we have gained in this tournament to execute what we want to. We will not be going according to the past results. Going to big games like this, we will be treating it like we treated our last game. And our mindset does not differ," Kohli said on the eve of the match.

Going into the match, here are some facts about the two teams:

•    Bangladesh have won two of their last three ODI matches against India ahead of this contest; this is the first ever encounter between them in the Champions Trophy however.

•    Bangladesh have progressed from the Champions Trophy group stage for the first time in their history; they took three points from their three group stage games (W1 L1 NR1).

•    This is only the second time in India's last five appearances at the Champions Trophy that they've managed to progress beyond the group stage; they did go on to win it on that previous occasion though (2013).

•    India have alternated between victory and defeat across their last five outings in ODI cricket; beating South Africa last time out.

•    Bangladesh come into this match having won three of their last four ODI matches; including their dramatic five-wicket win last time out in Cardiff against the Black Caps.

•    India have won their last four ODI matches in succession at Edgbaston whilst Bangladesh have lost both times they've played there in this format.

•    Ravichandran Ashwin is close to becoming only the 13th man to take 150 ODI wickets for India; he's currently on 146. 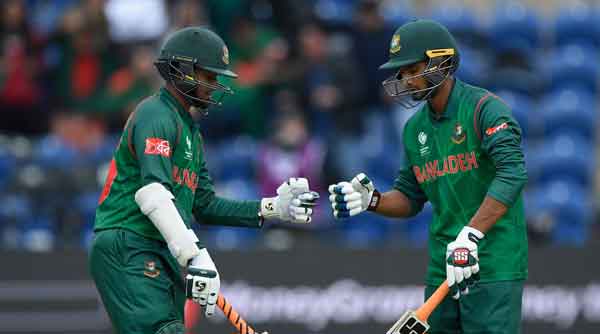