A Central Reserve Police Force jawan saved the life of a Kashmiri election official when he suffered a heart attack during polling on Thursday.

Buchpora: A Central Reserve Police Force (CRPF) jawan saved the life of a Kashmiri election official when he suffered a heart attack during polling on Thursday.

Presiding Officer (PO) Ahsaan ul Haq, deployed at booth number 13 here, suffered a heart attack at 9 pm. The CRPF personnel Surinder Kumar, who was deployed at the same booth, immediately sought the help of the doctor, Suneem, of his unit. 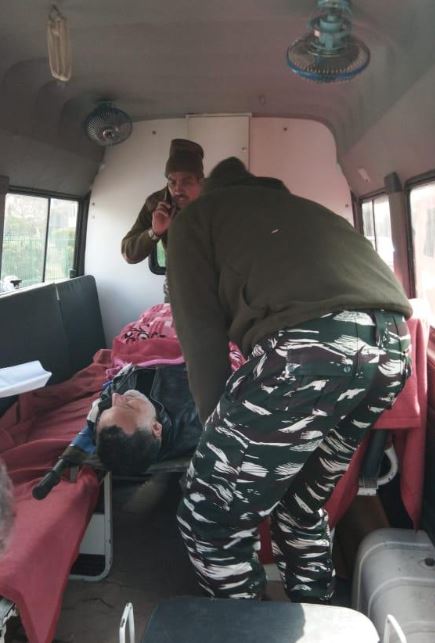 On the instructions of Suneem over the phone, Kumar gave Cardiopulmonary resuscitation(CPR) and other revival aids to Haq for almost 50 minutes until the arrival of the ambulance. He also performed 30 compressions and three mouth-to-mouth respirations as instructed by the doctor.

Due to Kumar's prompt actions and concerted efforts, the life of the PO was saved. (ANI)

UP man arrested for posting 'offensive' remarks on CRPF