As the nation celebrates the indomitable spirit of motherhood on Sunday, Bollywood celebrities also dedicated heart-warming messages to their mom's on the occasion of Mother's Day

New Delhi: As the nation celebrates the indomitable spirit of motherhood on Sunday, Bollywood celebrities also dedicated heart-warming messages to their mom's on the occasion of Mother's Day. 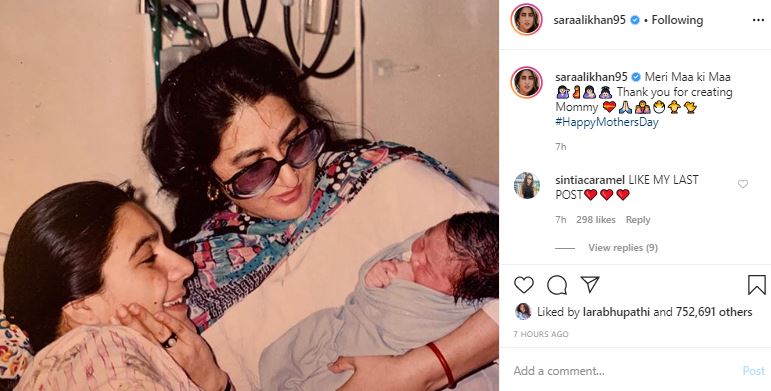 Sara Ali Khan shared a heart-melting throwback picture where she is seen as an infant in the arms of her grandmother while her mother is looking at baby Sara in a moment of affection. The actor captioned the post as, "Meri Maa ki Maa. Thank you for creating Mommy. #HappyMothersDay." 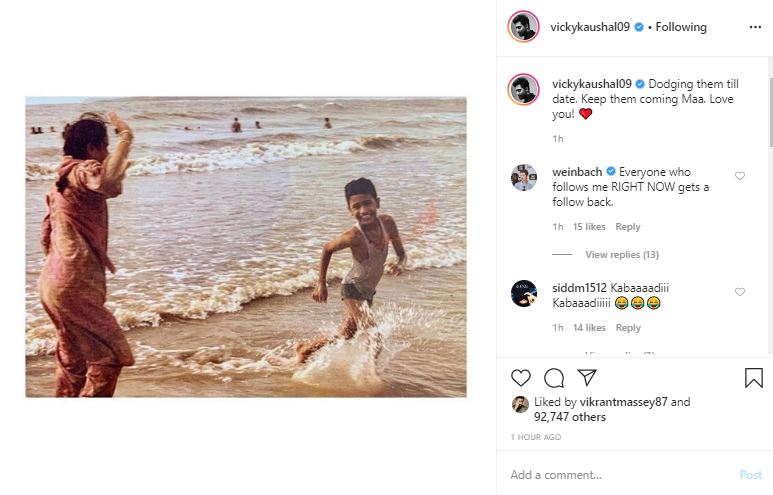 Vicky Kaushal put out a childhood throwback picture on Instagram where the actor is seen caught in a moment of mischief as he jogs at the shore of a beach, while his mother is seen scolding him. Along with the picture Vicky wrote," Dodging them till date. Keep them coming Maa. Love you! "

Ananya Panday shared an adorable video from her childhood days where she is seen sporting a while kurta-churidar with a red dotted dupatta. The video initiates with a question by a person behind the camera who asks, "Whom do you love the most in the world?" To which baby Ananya innocently replies, "Mama."And he asks, "And the second?" She smilingly replies, "Nobody." Along with the caption she wrote, "The answer is still the same. love u @bhavanapandey."

Recalling his childhood moments spent with her mom, Ishaan Khatter shared a couple of throwback pictures with his mom in an Instagram post. 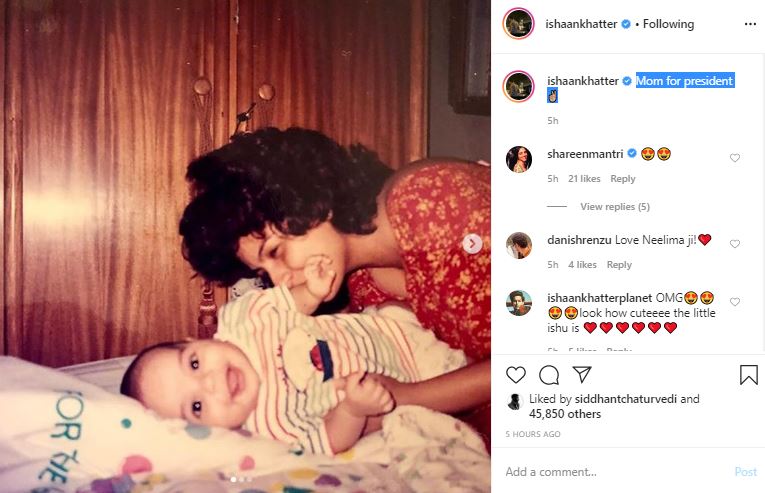 Along with the post he wrote, "Mom for president.(ANI)