The police later chased the three bike-borne men and intercepted them.  Cornered, the three men opened fire at the patrolling party, which retaliated back.  The assailants later fled the spot, officials said, adding efforts are on to nab the three men, the officer added.

The victim has been identified as Varun Bahl, who was returning to his residence along with his wife and children on the intervening night of Saturday and Sunday.

#WATCH Delhi: Family robbed at gunpoint by three masked miscreants at the parking of their residence in Model Town area around 3 am today. pic.twitter.com/KLFWbkMVpZ

Police said a CCTV footage shows the family entering their residence in their car. After parking the vehicle, as Varun was going to close the main gate, three masked men suddenly appeared and threatened him at gunpoint. 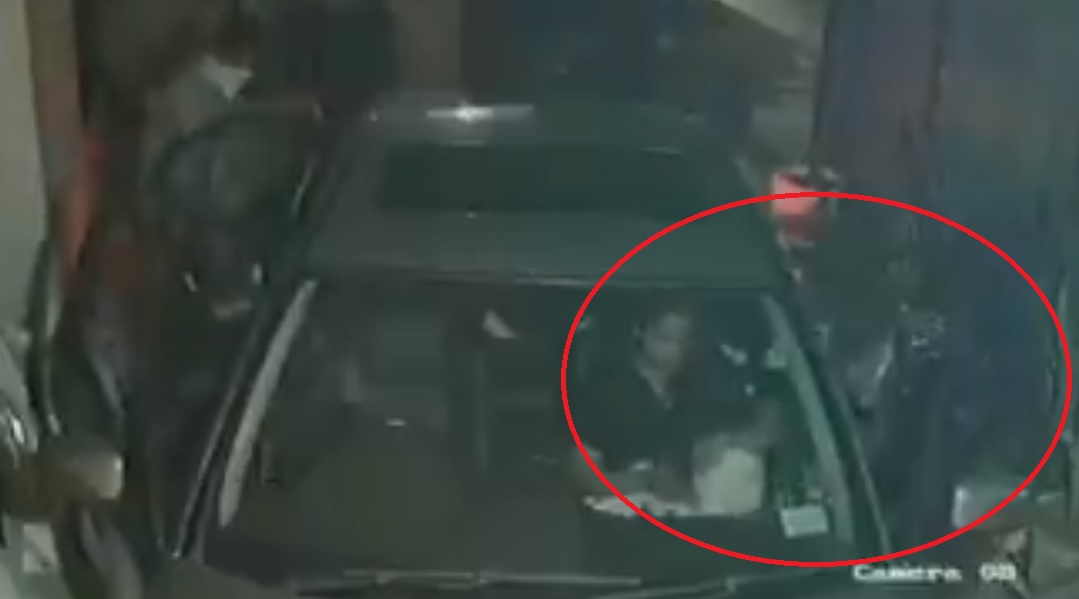 Two masked men took Varun's wallet, containing Rs 19,000 and a gold bracelet. The third man took away the mobile phone of Varun's wife, who was still sitting in the car along with her children, police said.  Deputy Commissioner of Police (northwest), Vijayanta Arya said the victim had not informed the police about the incident immediately.

The patrolling party of Adarsh Nagar police station, which was standing nearby found the movement of the three men suspicious and chased them. The three men opened fire after the patrol team intercepted them, the officer said.

"In retaliation, the police also fired back. The three, however fled the spot. No injuries were reported," the officer said.  The victim filed a complaint with the police on Sunday afternoon, the officer said, adding a case has been registered and efforts are being made to nab the accused. (PTI)