Also read: India, Mauritius to step up vigil against threats in Indian Ocean

1. Agreement for transfer of sentenced persons

2. MOU on cooperation in Organ Transplantation

3. MOU on Cooperation in Cyber security

5. Agreement on visa waiver for holders of diplomatic passports

6. MOU between Foreign Service Institute and Diplomatic Academy of Spain

7. MOU on Cooperation in Renewable Energy 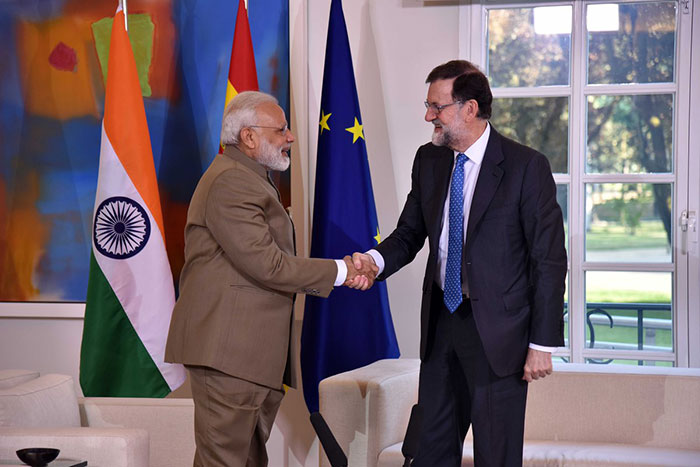 Prime Minister Modi said cooperation in railways expansion and upgradation, smart cities, infrastructure, etc are areas of India's priorities and requirements where Spain has enough skills and mastery in such fields.

He added, "With a mission of promoting my vision of "New India", this visit will bring a new momentum in the ties of India with Spain by giving fresh impetus to a multifarious relation." 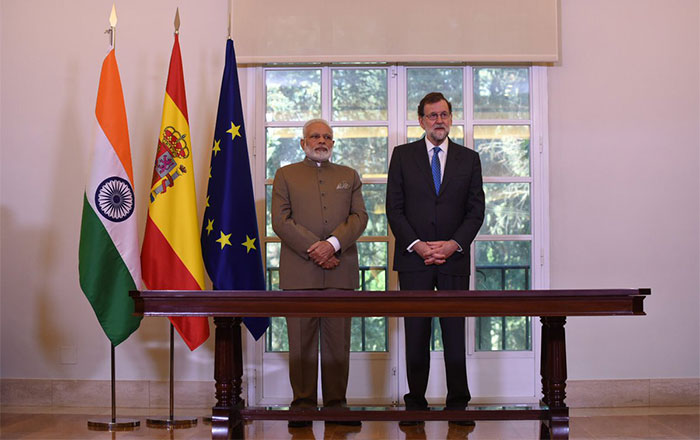 Applauding economic reforms undertaken by Spanish government, PM Modi said, "Under President Rajoy's leadership, Spain has undergone economic reforms and economic growth and development is also the biggest priority for my government and this era belongs to transformation and close ties with Spain will take both of us to a new direction."

Describing terrorism as a global threat, Modi said "Both our countries have faced terrorism and strengthening cooperation on this security challenge is an important part for bilateral agenda. Terrorism is a challenge for all of our societies, we get to hear a lot about terror attacks these days."

Prime Minister Modi is on a two-day state visit to Spain. He arrived in Madrid on Tuesday amid his four-nation tour. (ANI)