United States President Donald Trump and Indian Prime Minister Modi, as responsible stewards in the Indo-Pacific region, agreed that a close partnership between the United States and India.

Washington DC: United States President Donald Trump and Indian Prime Minister Modi, as responsible stewards in the Indo-Pacific region, agreed that a close partnership between the United States and India is central to peace and stability in the region, a joint statement issued by the two leaders, following delegation-level talks, said.

Recognising the significant progress achieved in these endeavours, the leaders agreed to take further measures to strengthen their partnership.

In accordance with the tenets outlined in the U.N. Charter, they committed to a set of common principles for the region, according to which sovereignty and international law are respected and every country can prosper, the statement added. 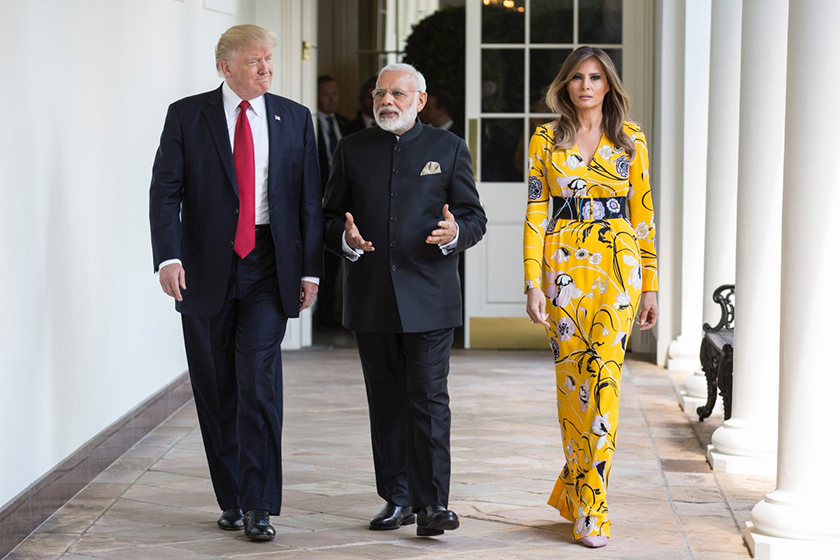 To this end, the leaders:

-reiterate the importance of respecting freedom of navigation, overflight, and commerce throughout the region;

-call upon all nations to resolve territorial and maritime disputes peacefully and in accordance with international law;

-support bolstering regional economic connectivity through the transparent development of infrastructure and the use of responsible debt financing practices, while ensuring respect for sovereignty and territorial integrity, the rule of law, and the environment; and

-call on other nations in the region to adhere to these principles. 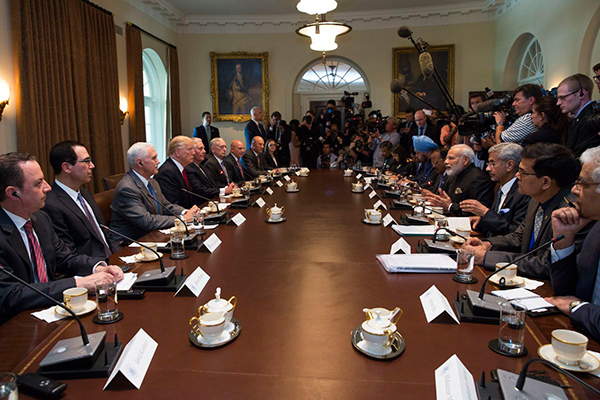 Recognising the importance of their respective strategic partnerships with Afghanistan, the leaders committed to continue close consultations and cooperation in support of Afghanistan's future, the statement added.

In accord with India's Think West policy, President Trump and Prime Minister Modi resolved to increase cooperation, enhance diplomatic consultations, and increase tangible collaboration with partners in the Middle East.

The leaders strongly condemned continued provocations by the Democratic People's Republic of Korea (DPRK), emphasising that its destabilising pursuit of nuclear and ballistic missile programs poses a grave threat to regional security and global peace. The leaders called on DPRK to strictly abide by its international obligations and commitments.

Earlier, in their joint press statement at the White House, Trump stressed on eliminating and destroying radical Islamic terrorism and emphasised on how both nations - the U.S. and India - are deeply affected by the malaise of terrorism. (With ANI inputs)