Liverpool: Liverpool manager Jurgen Klopp has said that lifting the Premier League title for the 2019-20 season at the "Kop" was really good and special.

His remark came as Liverpool was presented with the Premier League trophy after their match against Chelsea. 'The Kop' is the traditional name given to the end of any football/sports arena where the home supporters traditionally stand.

"It was absolutely great, absolutely great. It made it even more special that the families could be in the stadium. They were not allowed for the game, but for the trophy lift, it was allowed. We knew they were in the stadium, but because of the lights we didn't see them, but I knew my family - which I didn't see for a pretty long time - was here tonight, which made it even more special because you want to share these moments with loved ones," the official website of Liverpool quoted Klopp as saying.

"It's strange, you stand on a stage and there is nobody - not nobody, but not as many as you would imagine in a situation like that - but I have to say, the people who organised it made the best of it. If it would have been the last game - win today and we are champions - then we wouldn't have had the opportunity to go on the Kop. I was never on the Kop before, it was pretty special and I think it makes sense at the moment when the people are not in that we use the Kop to celebrate it with them together in our hearts. It was really good," he added. 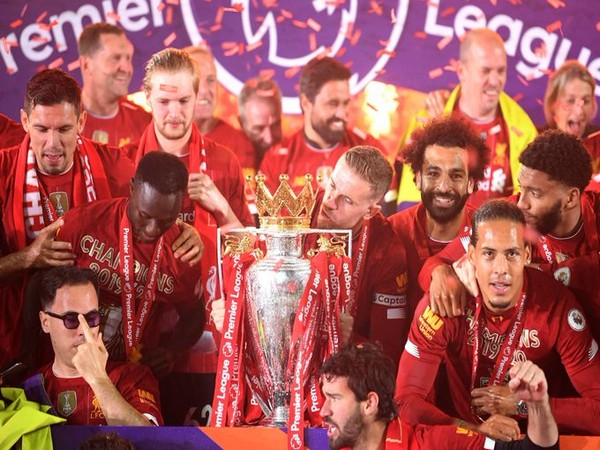 In the match against Chelsea, Liverpool emerged triumphant after registering five goals as compared to their opponents' three.

Liverpool now has 96 points from 37 matches and the side will now face Newcastle United in their last match of the 2019-20 season. Manager Jurgen Klopp has guided Liverpool to domestic, continental, and global crowns over the course of the last 12 months.

Jurgen Klopp: Liverpool winning Club World Cup would be be 'like landing on the moon'