Opening batsman Mayank Agarwal on Friday registered his third century in the longest format of the game.

Indore: Opening batsman Mayank Agarwal on Friday registered his third century in the longest format of the game.

He achieved the milestone on day two of the ongoing first Test against Bangladesh at the Holkar Cricket Stadium in Indore.

Agarwal brought up his century in the 60th over of the Indian innings. The batsman now has three centuries from just eight Test matches. India had bundled out Bangladesh for a below-par score of 150 on the first day of the match. The side in their innings then lost Rohit Sharma (6) cheaply, but Cheteshwar Pujara and Agarwal saw off the first day.

On day two, India lost back to back wickets as Pujara (54) was first dismissed after scoring a half-century, and then Virat Kohli was sent back to the pavilion for a duck.

In the series against South Africa, Agarwal had scored his first century in international cricket. In the same series, he also went on to register his first double century. 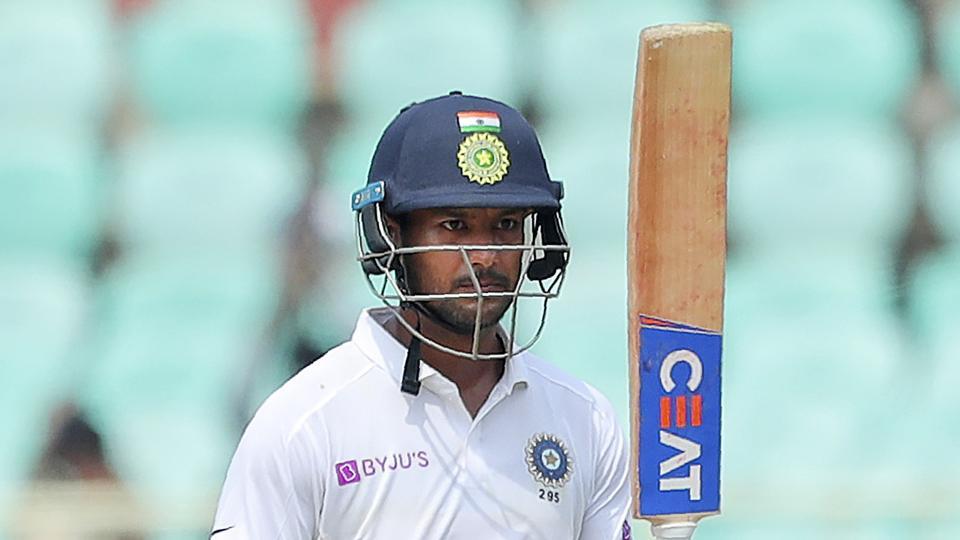 Agarwal finished the series against Proteas with a tally of 340 runs from three-matches.

While filing this story, India had reached a score of 212/3 with Agarwal and Ajinkya Rahane still at the crease. (ANI)