Off-spinner Ravichandran Ashwin became the quickest bowler to pick 300 Test wickets as India thrashed Sri Lanka by an innings and 239 runs in the second Test at the Vidarbha Cricket Association (VCA) Stadium.

Nagpur: Off-spinner Ravichandran Ashwin became the quickest bowler to pick 300 Test wickets as India thrashed Sri Lanka by an innings and 239 runs in the second Test at the Vidarbha Cricket Association (VCA) Stadium here on today.

India has taken a one-nil lead in the three-match series. The first Test played at Kolkata's Eden Gardens ended in a draw earlier this month. Resuming from 21-1 in their second innings, Sri Lanka's batters were mercilessly cut down by Indian bowlers. The visitors could only score 166 in their second innings and hand the Virat Kohli-led side their joint biggest victory in a Test match. 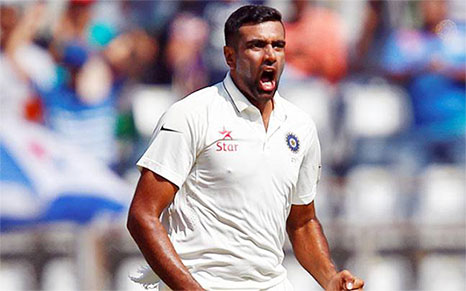 The Lankans collapsed to 107-8 before skipper Dinesh Chandimal provided his side with some sort of a fight back with his 61-run knock. The damage was done in the pre-lunch session. Ashwin was the pick of the bowlers for India, finishing with figures of four for 63 in the second innings to become the quickest to reach 300 Test wickets.

He bagged the wicket of Lahiru Gamage in his 54th Test to secure the record of the fastest to 300. He surpassed Australian fast bowler of the 1970s and 1980s Denis Lillee, who reached the same milestone in 56 Tests. In all, Ashwin captured eight wickets in the match. 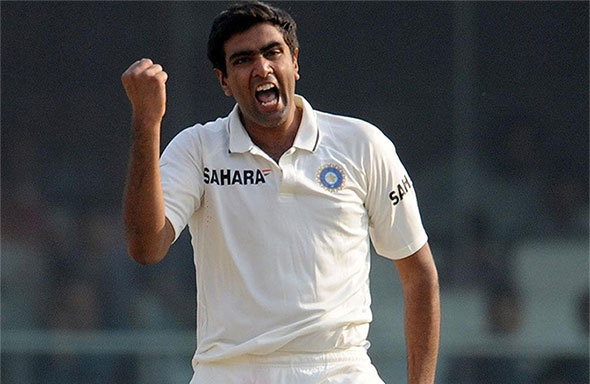 Left-arm spinner Ravindra Jadeja bagged two wickets for 28, while fast bowlers Umesh Yadav and Ishant Sharma chipped in with two wickets each. Earlier, Kohli (213) scored his 19th Test century as the captain and then added yet another record to his decorated cricket book by slamming the fifth double hundred of his career.

Meanwhile, Murali Vijay (128), Cheteshwar Pujara (143) and Rohit Sharma (102) all smashed scorching centuries to help India post a mammoth first innings total of 610 for six declared.India will now aim to clinch the series when they take on Lanka in the third and final match at the Feroz Shah Kotla in New Delhi. (ANI)

Sports Buzz: Ashwin reveals the misconception he had about cricket while growing up!