The 48-hour 'Bharat Bandh' called by different trade unions to protest against government policies continued for the second day in several states on Tuesday.

New Delhi: The 48-hour 'Bharat Bandh' called by different trade unions to protest against government policies continued for the second day in several states on Tuesday. A joint forum of central trade unions had given a call for a nationwide strike on March 28 and March 29.

The demands of the trade unions include scrapping of the labour codes, rollback of privatisation in any form, scrapping of the National Monetisation Pipeline (NMP), increased allocation of wages under MNREGA (Mahatma Gandhi Rural Employment Guarantee Act), and regularisation of contract workers among others. This is the first such strike after the BJP won the Assembly elections in four of five states. 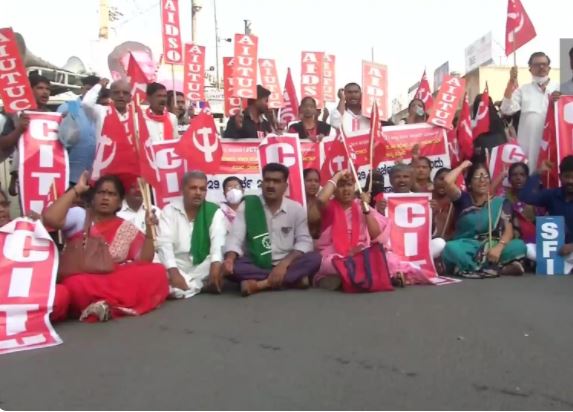 The government of Kerala yesterday said that following Kerala High Court's orders disciplinary proceedings will be initiated against those employees who abstain from work by participating in the strike. The court had observed that it is illegal that state government employees are participating in the strike. In Karnataka's Kalaburagi, the Centre of Indian Trade Unions (CITU) and other Left organisations held protests against the government policies.

The strike has also triggered a political slugfest. Slamming the BJP-led Centre, Rajasthan Minister Pratap Singh Khachariyawas in Jaipur called the "party a follower of Ravana and not Ram". "After polls, the BJP increased petrol and diesel prices. They're 'Ravan Bhakts' not 'Ram Bhakts'. They should distribute coupons for petrol, diesel on the lines of their ministers distributing movie tickets for 'The Kashmir Files'," he said. 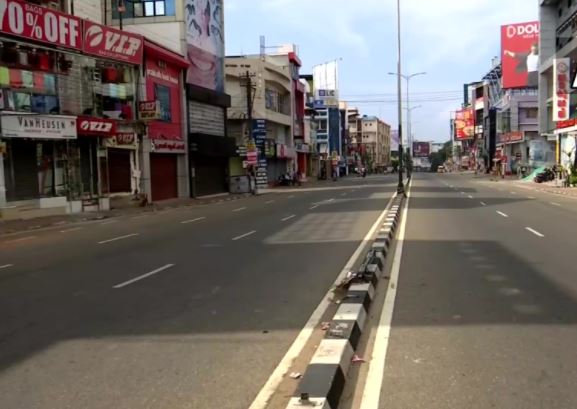 Speaking to ANI yesterday, Baidya said that the government has not done anything since 2014 except privatisation. "Air India to Airports, everything is being privatised. What is the meaning of Parliament, MPs, and Ministers when the government will not do anything for the public?... The trade union strike was very necessary for common people. We are supporting the strike. As long as BJP will keep pushing its own free will, we will keep protesting," Baidya said.

Parliament proceedings are also being affected by the Opposition protests due to the fuel price hike. Congress MP Shaktisinh Gohil today gave a suspension of business notice under Rule 267 in Rajya Sabha to discuss the two-day nationwide strike.Likewise, Congress chief whip Kodikunnil Suresh gave an adjournment motion in Lok Sabha to discuss 'the all-India strike called by the joint council of various trade unions.

Yesterday, Rajya Sabha MPs from the Left and Dravida Munnetra Kazhagam (DMK) parties staged a protest inside the Parliament premises against the government in support of the Bandh. The MPs held the protest at the Gandhi statue when the Rajya Sabha was adjourned till noon due to disruption in proceedings by the opposition parties over rising prices of petroleum products and trade union protests.

CAA: Thousands of Muslims take to streets in Tamil Nadu