Nitish Kumar resigned as the chief minister of Bihar, citing inability to work because of the strains within the coalition.

Patna: Amid differences with alliance partner Rashtriya Janata Dal (RJD), Nitish Kumar on Wednesday resigned as the chief minister of Bihar, citing inability to work because of the strains within the coalition.

“Given the changing circumstances in the state, it has become impossible for the alliance to work. I never demanded that anyone in the government should quit. But if there have been allegations, it is imperative for the person concerned to make a statement and come out clean," Kumar said. 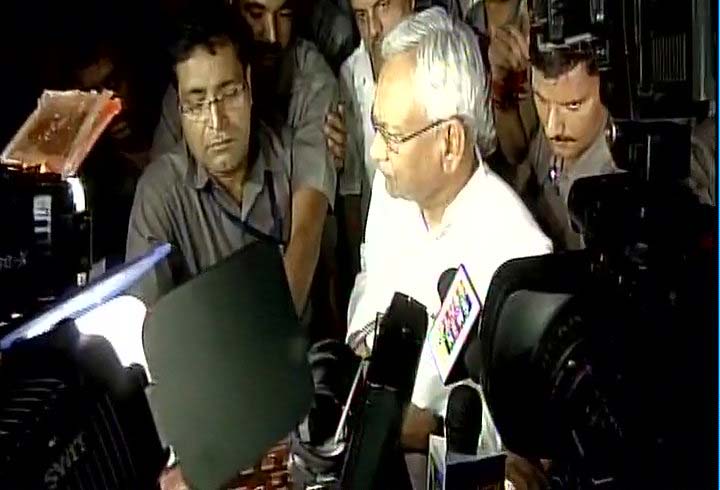 The development follows the Rashtriya Janata Dal (RJD) chief Lalu Prasad’s firm stand earlier in the day that his son and Bihar Deputy Chief Minister Tejashwi Yadav would not resign.

Prasad’s RJD is in the government in the state in alliance with Kumar’s JD(U) and the Congress Party. After the Central Bureau of Investigation (CBI) recently lodged a first information report (FIR) against Tejashwi Yadav in the land-for-hotels case, there had been demands for him to quit the government. (With Agency inputs)

Rabri Devi: Bihar govt wants to kill her and her family

Lalu: Will meet Nitish, ask him not to back Kovind

Nitish Kumar: Not interested in becoming Opposition's PM face for 2019