Prime Minister Narendra Modi said the MoUs exchanged between India and Iran are reflective of both sides' strong relations and their commitment towards further strengthening it.

New Delhi: Prime Minister Narendra Modi on Saturday said the MoUs exchanged between India and Iran are reflective of both sides' strong relations and their commitment towards further strengthening it.

"Today's outcome and the agreements we signed reflect the progress made in little time. It reflects that both the sides wish to foster bilateral financial support and connectivity, to increase partnership in the field of energy, and to strengthen our centuries-long cultural relations," Prime Minister Modi said in the joint statement with his Iranian counterpart Hassan Rouhani, here.

Following the delegation-level talks, India and Iran exchanged MoUs in the presence of Prime Minister Modi and Iran President Rouhani. 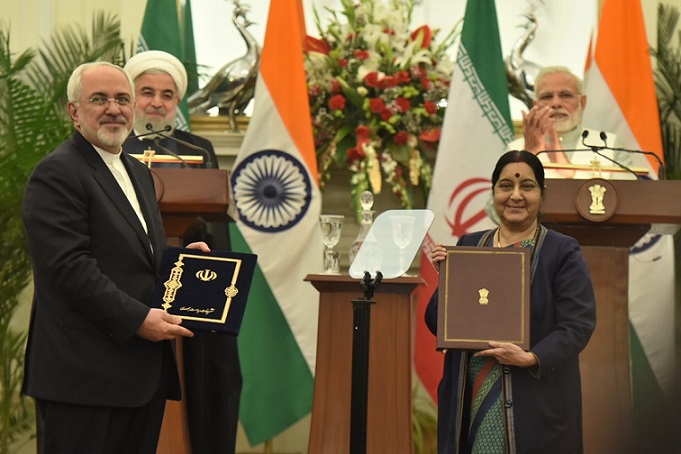 Prime Minister Modi also congratulated Rouhani for his leadership and vision in developing Chabahar Port that would give India access to trade with land-locked Afghanistan. He further said that co-operation between India and Iran would be beneficial to Afghanistan.

With mutual cooperation between India and Iran, Prime Minister Modi also wished for both countries' prosperity and for peace and stability in the region as well as the world. 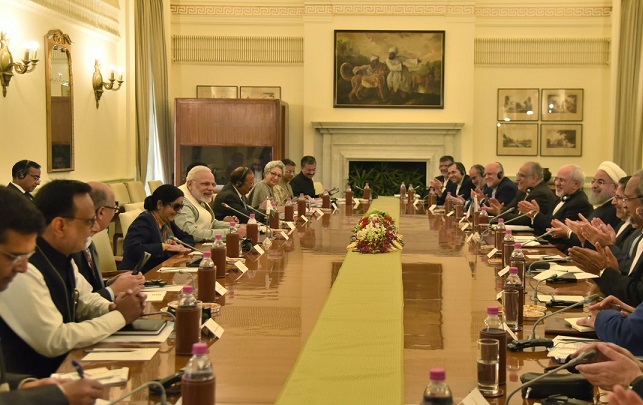 President of Iran reciprocated the sentiments in his statement and informed that both countries shared views on two crucial issues, namely transit and economy at the delegation-level talks held earlier in the day. The Indian delegation was led by Prime Minister Modi and included External Affairs Minister Sushma Swaraj and Ministry of External Affairs Spokesperson Raveesh Kumar.

The Iranian delegation was led by President Rouhani. (ANI)