Kolkata: Renault on Thursday announced a special feat achieved by its new sub-four metre compact SUV, KIGER. Powered by a world-class turbocharged 1.0L petrol engine KIGER not only offers more performance and a sporty drive, but also boasts best in segment fuel efficiency of 20.5 KM/L,
as per the ARAI Testing Certification, a company official said in a statement.

Renault KIGER is fitted with a three-cylinder turbocharged 1.0-litre petrol engine, with a power output of 100 Ps and a torque of 160 Nm (5 speed manual: available between 2800-3600rpm). The engine has been tested for reliability and longevity, and offers the latest technological innovations already featured on the Clio and the Captur in Europe.

Renault KIGER is offered in two engine options 1.0L Energy and 1.0L Turbo at a starting price of INR 5.64L. It comes with 2 pedal offerings AMT and CVT complemented by Multi-Sense drive modes that offer versatility of fuel efficiency and performance via 3 modes (Eco,Normal and Sport). Customers can choose from five available trims – RXE, RXL, RXT, RXT (O) & RXZ. Each version is built keeping in view the customer requirements and needs in the segment and has been attractively priced across all trims. Customers get a valuable advantage at every level and also have the choice

of opting for the stylish dual tone combination at higher variants. With its distinctive Coupe SUV design, great space/utility, smart features and world-class sporty engine, Renault KIGER is a breakthrough product targeted at the core of Indian’s automotive market. After establishing itself as a Sporty, Smart and Stunning B-SUV in India, Renault KIGER is making its presence felt in the global markets. Renault has already commenced the exports of KIGER to South Africa and the SAARC region and plans to expand to many international markets soon including Indonesia and other parts of Africa. 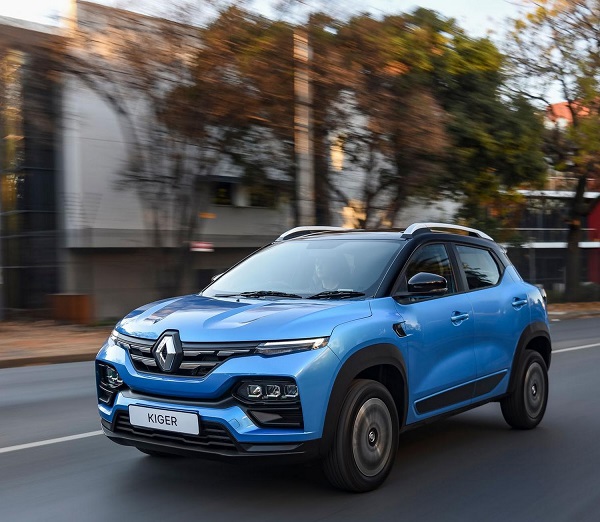 As part of its 10th Anniversary Celebrations, Renault has launched the new RXT (O) variant of the KIGER along with several attractive schemes and promotions for all the existing and potential customers. Renault has announced special offers for the customers, providing maximum benefits of upto INR 130,000 on select variants across its product range. These offers can be availed while purchasing a new Renault vehicle during this period.

In addition to the above, the company has also rolled out 10 unique Loyalty Rewards to mark the 10 years celebrations, with maximum loyalty benefits up to INR 110,000 which is over and above the regular consumer offers. (UNI)

The grand side of thrill: The new BMW 3 Series Gran Limousine launched in India

Maruti Suzuki India to hike prices due to higher costs