Serena Williams moved into the Rogers Cup semi-finals on Friday with a maiden career victory over Naomi Osaka in their first meeting since the American’s infamous row with an umpire overshadowed last year’s U.S. Open final.


Toronto: Serena Williams moved into the Rogers Cup semi-finals on Friday with a maiden career victory over Naomi Osaka in their first meeting since the American’s infamous row with an umpire overshadowed last year’s U.S. Open final.

Toronto, Ontario, Canada; Serena Williams (USA) goes to hit a ball to Naomi Osaka during the Rogers Cup tennis tournament at Aviva Centre. The 6-3 6-4 loss continued a run of poor form for Osaka but there was some good news later in the day when Karolina Pliskova lost to ensure the U.S and Australian Open champion would replace Ash Barty as world number one next week.

Williams will next face qualifier Marie Bouzkova, who advanced when Wimbledon champion and holder Simona Halep retired from their match with a left Achilles problem after dropping the first set 6-4. 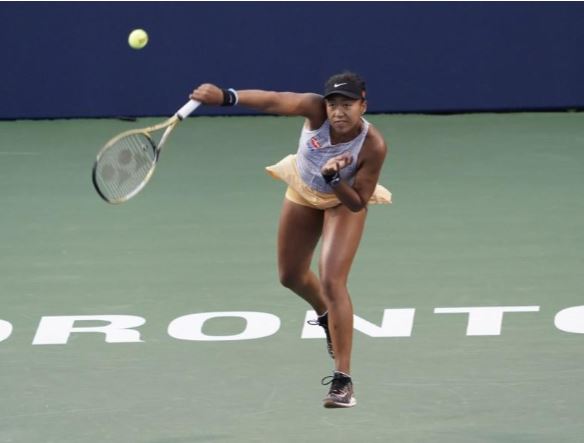 There was no doubt about what was the big match of the day at the third oldest tournament in tennis.

Unlike at Flushing Meadows last year, where Osaka won her first Grand Slam title, there were no fiery exchanges with the umpire, no smashed rackets, no point or game penalties — just a rock-solid performance from Williams.The 37-year-old is looking to shore up her hardcourt game for the Aug. 26-Sept.8 U.S. Open where she will chase a record-tying 24th career Grand Slam title.Williams had slow starts in her previous two outings this week but came out much stronger for this one and delivered a serving masterclass that denied Osaka any break point opportunities.

“We haven’t played since New York which was a really good match for her and I just wanted to come out and try to win a set this time because she’s beaten me twice so I just wanted to do the best I could today,” Williams said in an on-court interview.

There was a scary moment in the second set when the American ran into the net post while trying to chase down an Osaka drop shot but, despite nursing her right arm, Williams confirmed that no serious damage had been done. 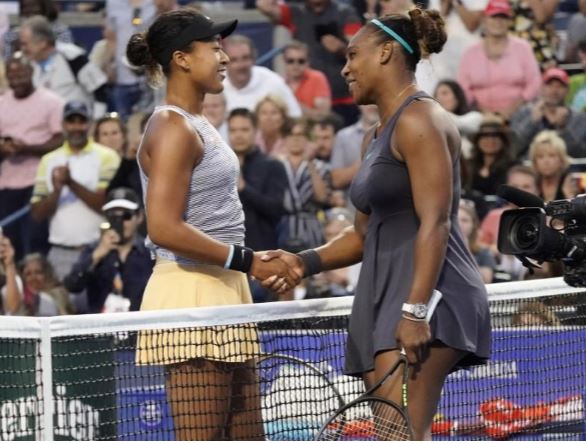 “Tennis players don’t really get too dirty and ugly on the court. So that was one of a few moments where those kind of injuries can happen or whatever,” said Williams. “But it was fine. It hurt, but it wasn’t the end of the world.” Czech 21-year-old Bouzkova’s breakout run in Toronto will carry into the weekend after Halep, who had been complaining about her Achilles all week, retired from their match.

“Achilles problems. I felt since the first match here. And today I felt it more, so that’s why I decided to retire,” said Halep. “Tomorrow it would have been Serena and is not easy.”

In earlier quarter-final action, Canadian teenager Bianca Andreescu played through leg pain to keep her dream run alive with a 6-0 2-6 6-4 upset of Czech Pliskova.Andreescu looked to be in trouble when she gingerly returned to the court from a medical timeout late in the second set with her right thigh heavily taped and her movement hampered.But the 19-year-old, who shot to prominence with her Indian Wells triumph in March, went toe-to-toe with her more experienced opponent to win by serving out to love.

“When I step out on the court, I’m fearless. I show no mercy no matter who I play, and I think that’s showing a lot,” said Andreescu. 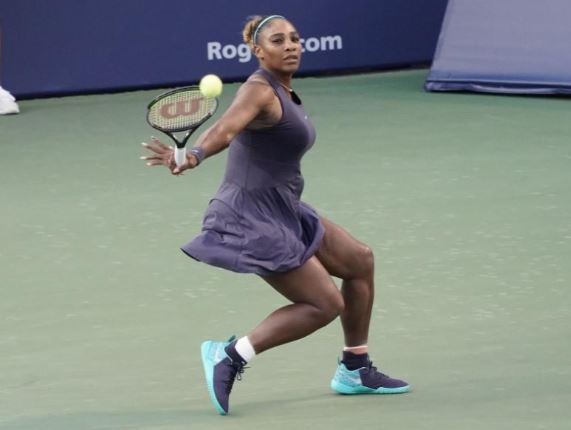 Up next for Andreescu will be unseeded American Sofia Kenin, who extended her impressive Toronto run with a 7-6(2) 6-4 win over Ukrainian former champion Elina Svitolina. (Reuters)

Not Serena, Pliskova to meet Osaka in Australian Open semifinals