The National Rifle Association of India (NRAI) on Friday thanked the International Olympic Committee (IOC) for clearing the issuance of 14 Olympics quotas in the ongoing Shooting World Cup.

New Delhi: The National Rifle Association of India (NRAI) on Friday thanked the International Olympic Committee (IOC) for clearing the issuance of 14 Olympics quotas in the ongoing Shooting World Cup.

Earlier, various media reports had suggested that IOC will scrap all the 16 Olympics quota spots available in the shooting World Cup after three-member contingent of Pakistan was not issued the Indian visa. But IOC defied all such reports and revoked the Olympic qualification status for two quota places of the men’s 25m Rapid Fire pistol event.

“The Organising Committee of the New Delhi World Cup wishes to unequivocally thank the ISSF President Vladimir Lisin, the ISSF Secretary General Alexander Ratner, the IOA President Dr. Narinder Batra, and the Minister for Youth Affairs and Sports Col (Retd.) RVS. Rathore for ensuring the best possible outcome to a vexed and complexed scenario. Additionally we also thank both Raja Randhir Singh ji and Mrs Neeta Ambani ji for their concil and efforts to ensure an outcome that to a large degree helps protect the hopes and aspirations of the 500 athletes for 61 nations here assembled,” the statement added. 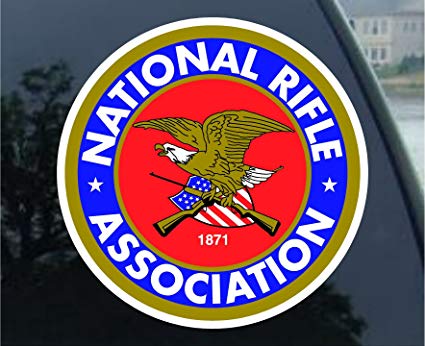 The Indian rifle association further asserted that they are committed to work with ISSF, IOA, and the Ministry of sports in future to address such “peculiar” and “unprecedented” scenario.

“With regards to the future, the NRAI is Committed to working with the ISSF IOA, and the Ministry of Sports to ultimately addressing the future consequences of this most peculiar and unprecedented scenario brought on by reasons beyond the regular control of the NRAI and the ISSF,” the statement read.

“Both the ISSF and the NRAI shall gracefully comply with the IOC’s findings and hope in a large measure to address the other points raised by the IOC,” the statement added.

Shooting World Cup is a qualification competition for the Olympic Games Tokyo 2020 in which direct quotas are earned by the respective National Olympic Committees (NOCs). The two Pakistani athletes were due to compete in the men’s 25m rapid fire pistol event, starting Saturday February 23, in which two quota places are available for the Games.

The IOC restricted the withdrawal of recognition as an Olympic qualification event to the 25m rapid fire pistol competition in which the two Pakistani athletes were supposed to participate, keeping in mind the interest of the other 500 athletes from 61 countries participating in the other events who are already in India for their competition. (ANI)

Tokyo Olympics: With the games we're committing an act of faith in the future, says Thomas Bach